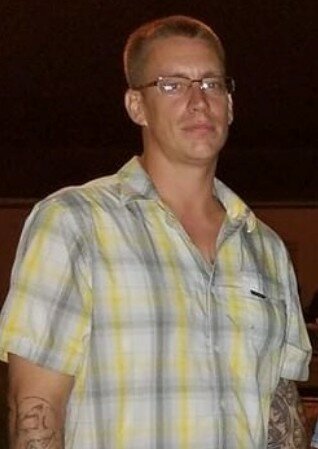 Please share a memory of Brian to include in a keepsake book for family and friends.
View Tribute Book
Visitation for Brian Keith Garrett, Jr. of Troy, MO, will be held from 5:00 – 8:00 p.m. Tuesday, November 16, 2021 at Carter-Ricks Funeral Home near Winfield, MO. Mr. Garrett, 37, passed away Tuesday evening, November 9, 2021. Born April 26, 1984 in St. Louis, MO, he was the son of Brian Keith, Sr. and Donna Louise Menees Garrett. Brian was preceded in death by his grandparents, Ray V. Menees in 2007 and LaVerne I. Menees in 2010; and his brother, Gary Nelsen in 2013. Survivors include his daughter, Jazilyn Micah Garrett; his mother, Donna Nelsen and her husband, Alfred, of Elsberry, his father, Brian Garrett, Sr. and his wife, Donna, of Illinois, and his step-father, John Zugmaier, IV and his wife, Angie, of Troy, MO. Brian also leaves several siblings: Jessica Rickard and her husband, Cory, of Troy, John Zugmaier, V and his wife, Brittany, of Winfield, Stephen Zugmaier and his companion, Kasie, of Troy, Cera Thornton and her husband, Keith, of Texas, Ashley Huether and her husband, Antoine, of Roxanna, IL, Tracy Nelsen of Winfield and Meagan Good and her husband, Jared, of Elsberry; several aunts, uncles, nieces and nephews, other relatives and many friends. Memorials may be made to the Carter-Ricks Funeral Homes to assist with funeral expenses and sent to Carter-Ricks Funeral Home, 3838 East Highway 47, P.O. Box 253, Winfield, MO 63389.
Tuesday
16
November

Share Your Memory of
Brian
Upload Your Memory View All Memories
Be the first to upload a memory!
Share A Memory
Send Flowers
Plant a Tree