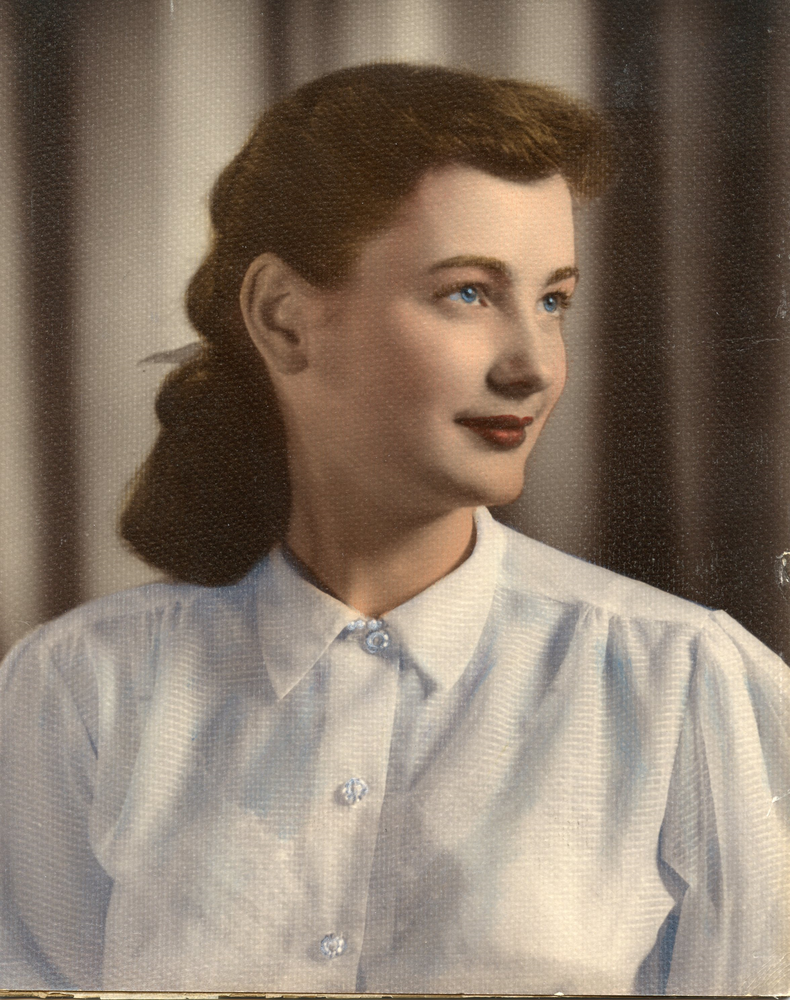 Please share a memory of Betty to include in a keepsake book for family and friends.
View Tribute Book
Mass of Christian Burial for Betty Kathleen Hansen of Wentzville, MO, formerly of Moscow Mills, MO will be held at 11:00 a.m. Friday, June 25, 2021 at Immaculate Conception Catholic Church near Old Monroe, MO. Fr. Richard Rath, church pastor, will officiate with burial in Immaculate Conception Cemetery. Serving as pallbearers will be Kevin Hansen, Jarrod Finder, Eric Hansen, Adam Masterson, Robert Missey and Brandon Hansen. Mrs. Hansen, 87, passed away Sunday morning, June 20, 2021 at her home. Born December 1, 1933 in St. Louis, MO, she was the daughter of Thomas Arnold and Christine Edna Keil Missey. Betty was a 1952 graduate of St. Mark’s Catholic School in St. Louis. She was united in marriage on September 26, 1953 in Long Beach, CA to Gerald Alden Hansen. This union was blessed with two children: Scott Alden and Tina Marie. Betty worked as the Secretary to the Superintendent of Schools for the Winfield R-IV School district from 1976 until her retirement in 1996. She then worked as the church secretary for Immaculate Conception Catholic Church alongside Father Greg Schmidt until his retirement. Betty and Jerry were married for 63 years and celebrated their love in every one of those 63 years. Betty enjoyed hosting large gatherings and mainly being surrounded by her family and friends. She got great pleasure from pushing grandkids and great-grandkids on tire swings, attending their activities and being part of their antics. She was an avid gardener and loved appreciating the beauty of her flowers. She was a world traveler and if you said, “let’s go,” her bag was packed. She became a big LEGO builder in recent years and crafted a whole city scape of LEGO buildings in her office. Her kindness and thoughtfulness will be greatly missed by friends and family alike. She was preceded in death by her parents, Thomas and Christine Missey; one sister, Gloria Joan Nash; two brothers: Bob Missey and Stephen Missey; two grandsons: Gabriel and Lucas Masterson; and her beloved husband of 63 years, Gerald Hansen, who died on January 30, 2017. Survivors include her children, Scott Hansen and his wife, Margaret, of Moscow Mills and Tina Churchill and her husband, Timothy, of Warrenton, MO; and four grandsons: Adam Masterson and his wife, Constance, Kevin Hansen and his wife, Helen, Jarrod Finder and Eric Hansen and his wife, Melissa; and six great-grandchildren: Tyler Joseph Masterson, Mark Alden Masterson, Roman David Masterson, Baylor Jordan Finder, Vailyn Rose Masterson and Ledger Alden Hansen. Betty also leaves several nieces, nephews, other relatives and friends. Visitation will be held from 9:00 a.m. until the time of Funeral Mass at 11:00 a.m. Friday, June 25, 2021 at Immaculate Conception Church. Memorials may be made to Guide Dogs of America (or) Shriner’s Hospital in care of Carter-Ricks Funeral Home, 3838 East Highway 47, P.O. Box 253, Winfield, MO 63389.
Friday
25
June

Share Your Memory of
Betty
Upload Your Memory View All Memories
Be the first to upload a memory!
Share A Memory
Send Flowers
Plant a Tree