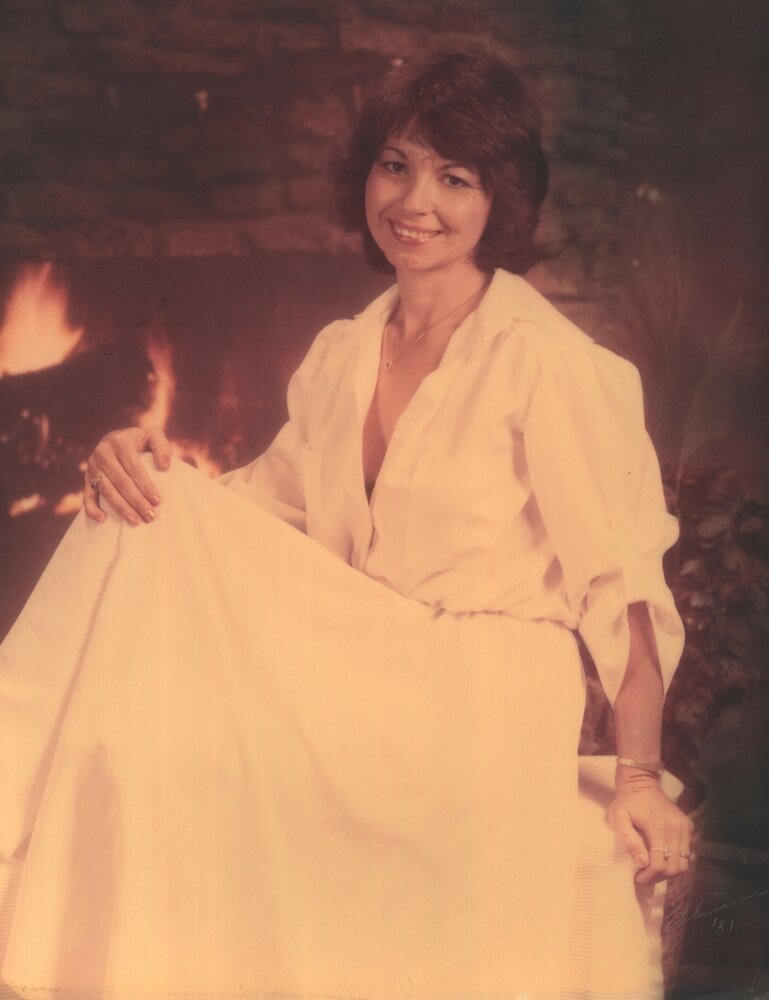 Please share a memory of Judith to include in a keepsake book for family and friends.
View Tribute Book
Funeral Services for Judith Ann “Judy” Lovelace of Elsberry, MO will be held at 11:00 a.m. Friday, November 4, 2022 at Carter-Ricks Funeral Home in Elsberry. Rev. Lance Long, pastor of First Baptist Church in Crestwood, MO, will officiate with burial in Oak Ridge Cemetery near Elsberry. Serving as pallbearers will be Jimmy Lovelace, Ryan Collins, Bryan Collins, Eric Lovelace, Michael Lovelace and Richard “Bo” Young. Honorary pallbearers will be Jack Cannon, Ken Risley, Robert Moll, Manuel Rodriquez and Luis Servin. Mrs. Lovelace, 82, passed away Monday afternoon, October 31, 2022, at her home surrounded by her family. Born June 16, 1940 in Winfield, MO, she was the daughter of Raymond ‘Nat’ Adlai and Mildred Elizabeth Grigsby Kimberley. Judy was a 1958 graduate of Winfield High School. She was united in marriage on March 19, 1958 in Columbia, MO to Charles Wayne Lovelace. This union was blessed with two children: Robert and Kimberley. Wayne and Judy, along with their children, own Lovelace Seed Company and Forrest Keeling Nursery. Judy was well known in the community for her boundless energy and warm personality. Judy’s door was always open and everyone was welcome at her table. Judy loved children and they were drawn to her, she especially enjoyed time spent with her grandchildren and great-grandchildren. Judy loved to travel for business and pleasure. Judy attended Star Hope Baptist Church near Elsberry. She was preceded in death by her parents, Raymond and Mildred Kimberley; one brother, Raymond Aaron Kimberley; one sister, Theresa Moll; and one granddaughter, Jillian Anne Young. Survivors include her beloved husband of 64 years, Wayne Lovelace of Elsberry; their children: Rob Lovelace and his wife, Janet, of Elsberry, and Kim Hainsfurther and her husband, Mitch, of Elsberry; three grandchildren: Eric Lovelace and his fiancé, Miranda Munoz, Michael Lovelace, and Richard “Bo” Young and his wife, Autumn; and seven great-grandchildren: Marissa, Jack, Rocco, Cash, Lola, Beck and Henry “Hank” Lovelace. Judy also leaves many other relatives and numerous employees. Visitation will be held from 4:00 – 8:00 p.m. Thursday, November 3, 2022 at Carter-Ricks Funeral Home in Elsberry. Memorials may be made to Jillian Anne Young Memorial Foundation (or) American Cancer Society in care of Carter-Ricks Funeral Home, 107 S. 5th Street; Elsberry, MO 63343.
Thursday
3
November

Share Your Memory of
Judith
Upload Your Memory View All Memories
Be the first to upload a memory!
Share A Memory
Send Flowers
Plant a Tree