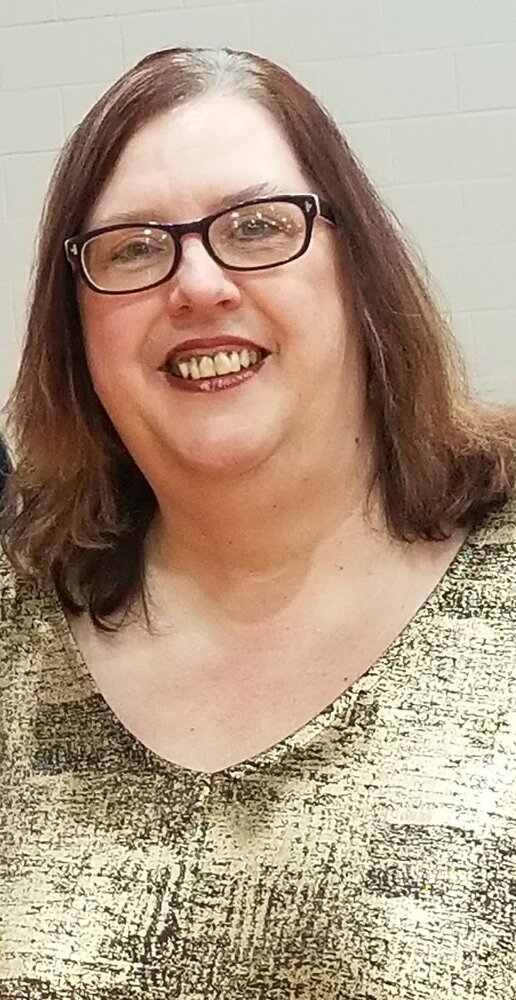 Please share a memory of Mary Jane to include in a keepsake book for family and friends.
View Tribute Book
Funeral Services for Mary Jane Morrow Owens of Frankford, MO will be held at 11:00 a.m. Saturday, October 29, 2022 at Carter-Ricks Funeral Home in Winfield, MO. Bro. Harold Smith of Winchester, IL, will officiate with burial in Greenwood Cemetery in Clarksville, MO. Serving as pallbearers will be Charles Chandler, Tom Wallace, Jerod Calvin, Sebastian Scronce, Aaron Carr, Gene Grimshaw, Robbert Howland and Will Gilbert. Mrs. Owens, 60, passed away Wednesday evening, October 19, 2022, at her home in Frankford. Born September 24, 1962 in Louisiana, MO, she was the daughter of John “Jack” Beauchamp and Jane Evelyn (Wallace) Morrow. Raised near Annada, MO, Mary Jane was a 1980 graduate of Clopton High School. She earned her RN degree in 1982 from St. Mary’s College in O’Fallon, MO. She first worked at the Pike County Memorial Hospital in Louisiana in the ICU, Emergency Room and the Obstetrics Unit. In 1991, Mary Jane went to work in the ER at Children’s Hospital in St. Louis, MO. Later, she went to Levering Hospital and Rehabilitation Center in Hannibal as Assistant Director of Nursing. She then worked as the Assistant Director of Nursing at the State Prison in Bowling Green, MO. She then returned to PCMH in Louisiana in the ER. Most recently, she was a nurse at the Hannibal Clinic in Hannibal, MO. During her nursing career, she also taught and mentored at the Pike-Lincoln Tech Center nursing program at Eolia, MO. Mary Jane and her sister, Patty, grew up singing all over eastern Missouri, and were known as the Morrow Sisters for over forty years. Along with many singing awards, the highlight of Mary Jane’s singing career was being named the first place female singer at the Illinois Traditional Country Music Association. She and several others operated the Wagon Wheel Opry in Frankford from 1998-2006. Mary Jane and Roger later operated the Broken Spokes Opry in Frankford from 2013-2019. She was a member of the Calumet Presbyterian Church near Louisiana, MO. Previous to her current church membership, Mary Jane was a long-time member of the Annada Community Christian Church where she taught Sunday School. She was preceded in death by her parents, Jack and Jane Morrow. Survivors include her beloved husband of almost eighteen years, Roger Owens of Frankford; one sister, Patty Chandler of Elsberry, MO; her nephew, Charles Chandler of Elsberry and her niece, Caitlyn Chandler of Maryville, MO. She also leaves three brothers-in-law: Robert D. Owens and his wife, Ruth, of Lenexa, KS, Jonathan Owens and his wife, Mary, of Shawnee, KS, and James Owens and his wife, Lisa, also of Shawnee, KS; two sisters-in-law: Merrilees Owens of Winnsboro, SC, and Kathleen Ingle of Tonganoxie, KS; several nieces and nephews, many great-nieces and great-nephews, other relatives and many friends. Visitation will be held from 4:00 - 8:00 p.m. Friday, October 28, 2022 at Carter-Ricks Funeral Home in Winfield. Memorials may be made to Pike County Hospice in care of Carter-Ricks Funeral Home, 3838 East Highway 47, P.O. Box 253, Winfield, MO 63389. Online condolences may be made at www.carterricksfuneralhome.com.
Friday
28
October

Share Your Memory of
Mary Jane
Upload Your Memory View All Memories
Be the first to upload a memory!
Share A Memory
Send Flowers
Plant a Tree