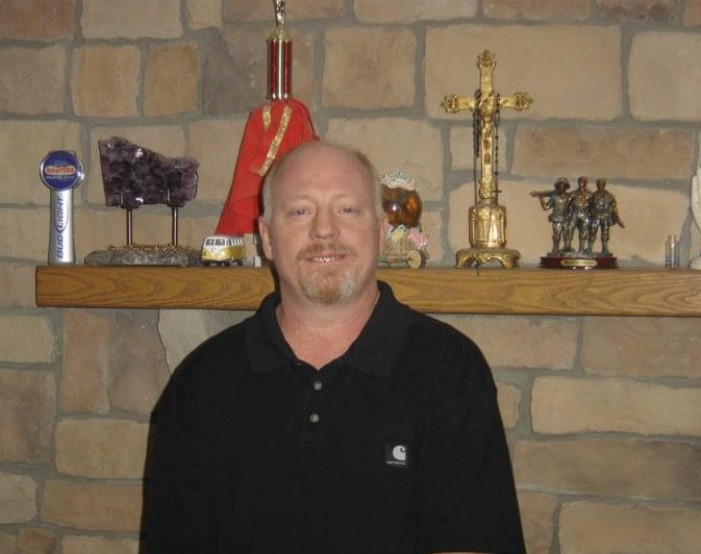 Please share a memory of Kevin to include in a keepsake book for family and friends.
View Tribute Book
Visitation for Kevin Ross Thomas of Winfield, MO will be held from 9:00 - 11:00 a.m. Monday, October 17, 2022 at Carter-Ricks Funeral Home near Winfield. Mr. Thomas, 60, passed away Sunday, October 9, 2022 at his home. Born August 21, 1962 in Crown Point, IN, he was the son of Rex and Carol Thomas. Kevin worked as an over the road truck driver for many years. He was preceded in death by his parents, Rex and Carol Thomas; one sister, Judy Johnson; two brothers: Dale and Lee Thomas; and one grandchild. Survivors include his loving girlfriend of over nine years, Paula Taylor of Winfield; his stepson, William Taylor of Winfield; and three grandchildren. Kevin also leaves one sister, Sandy Eastling; one stepsister, Joann; other relatives and friends. Memorials may be made to Carter-Ricks Funeral Home to assist with final expenses in care of Carter-Ricks Funeral Home, 3838 East Highway 47, P.O. Box 253, Winfield, MO 63389.
Monday
17
October

Share Your Memory of
Kevin
Upload Your Memory View All Memories
Be the first to upload a memory!
Share A Memory
Send Flowers
Plant a Tree