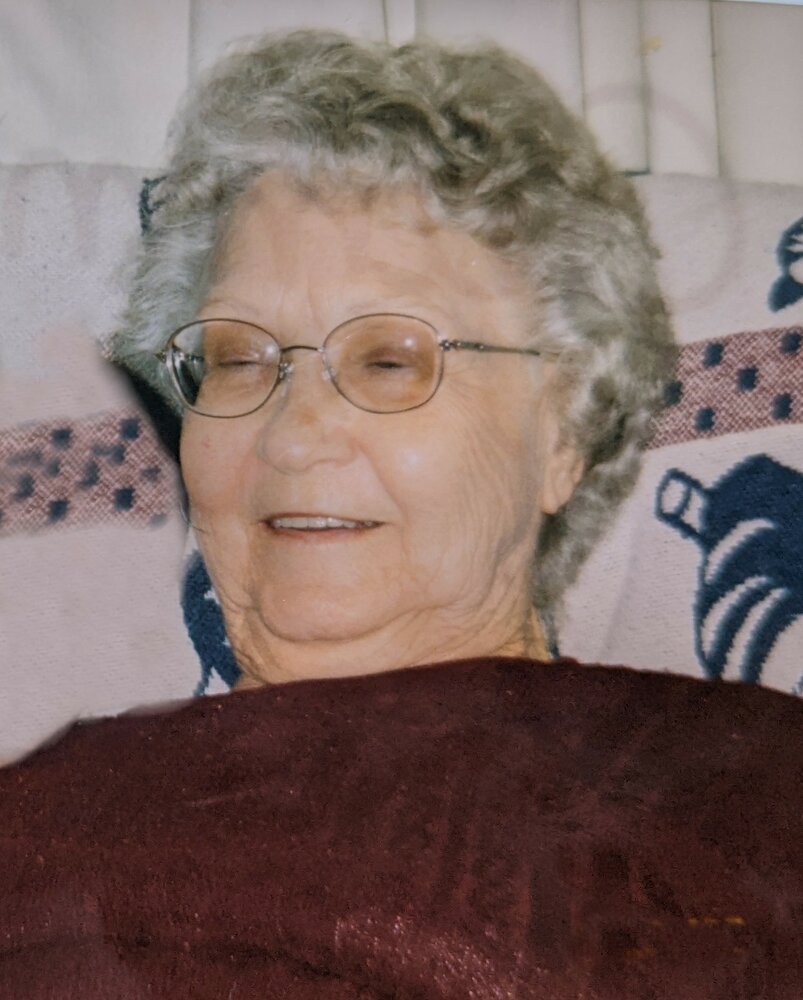 Please share a memory of Ona to include in a keepsake book for family and friends.
View Tribute Book
Funeral Services for Ona Christyne Brown of O’Fallon, MO, formerly of Winfield, MO will be held at 2:00 p.m. Saturday, September 24, 2022 at Carter-Ricks Funeral Home near Winfield. Bro. Fielding Poe, pastor of the First Baptist Church will officiate with burial will be in Winfield Cemetery. Mrs. Brown, 93, passed away Saturday night, September 17, 2022 at Frontier Nursing and Rehabilitation in St. Charles, MO. Born January 30, 1929 in Lake Arthur, NM, she was the daughter of Basil Dewey and Mary Elizabeth Knott Kimbrough. Ona was united in marriage on June 28, 1946 in Hagerman, NM to Don Morris Brown. This union was blessed with three children: Jack Rance, Donald Wayne and Barbara Ann. Ona worked as an ICU Nurse’s Assistant for Lincoln County Memorial Hospital from 1975-1993. She attended the First Baptist Church of Winfield. She was preceded in death by her parents, Basil and Mary Kimbrough; two sisters: Joyce Richards and Dorothy Koonce; two brothers: Bobby and Norman Kimbrough; one son, Jack Brown on December 22, 1990; and her beloved husband of 52 years, Don Brown, who died on June 29, 1998. Survivors include one son, Don Brown and his wife, Shana, of Lake St. Louis, MO; one daughter, Barbara Delp and her friend, Zach Hurst, of Winfield; three grandchildren: Cynthia Lynn Owens, Chad Morris Brown and Craig Allen Brown; two great-grandchildren: Timmy McSparin and Sarah McSparin; and one great, great-grandson, Theodore Netherton. Visitation will be held from 5:00 – 8:00 p.m., Friday, September 23, 2022 at Carter-Ricks Funeral Home in Winfield. In lieu of flowers, the family asks that you “take a loved one out to dinner” to honor Ona’s memory.
Friday
23
September

Share Your Memory of
Ona
Upload Your Memory View All Memories
Be the first to upload a memory!
Share A Memory
Send Flowers
Plant a Tree