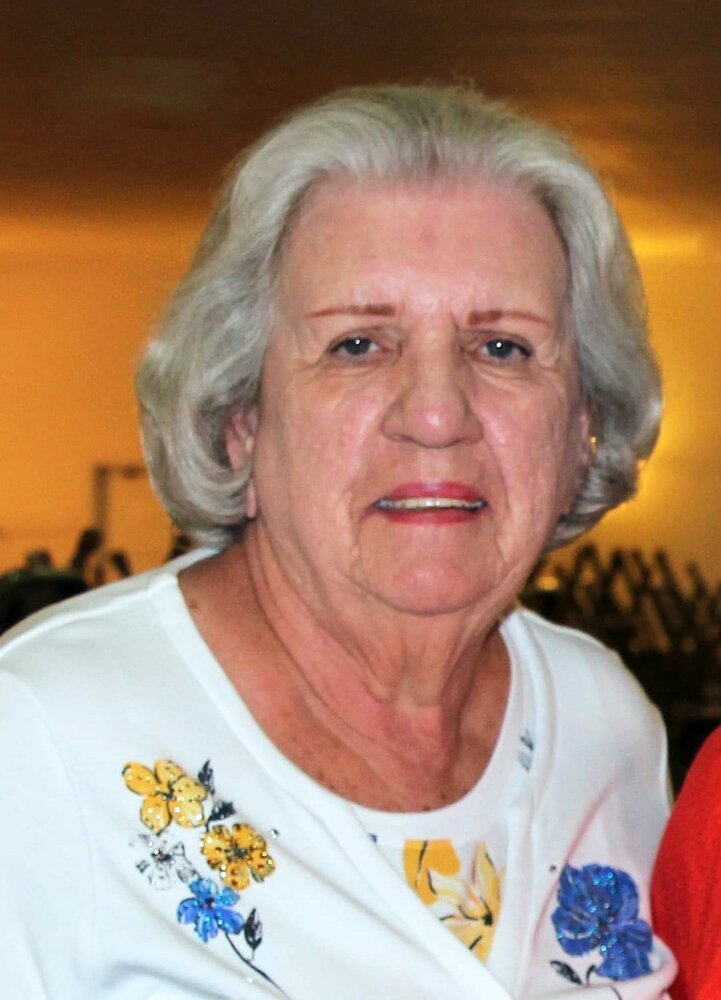 Please share a memory of Barbara to include in a keepsake book for family and friends.
View Tribute Book
A Mass of Christian Burial for Barbara “Barb” Ann Boswell of Elsberry, MO, will be held at 11:00 a.m. Tuesday, August 23, 2021 at Sacred Heart Catholic Church in Elsberry, MO. Father Charles Tichacek, church pastor, will officiate with burial in Elsberry City Cemetery in Elsberry. Serving as pallbearers will be Fred Lutzeier, Ed Lutzeier, Danny Davis, John Krammer, Walter Peick, Clifford Boswell, Craig Koch, John Koch, Chris Koch, Dicky Koch and Darrell Painter. Honorary pallbearers will be Mickey Boswell, Danny Boswell, Tony Boswell, Rick Vogt and Adam Talbot. Mrs. Boswell, 80, passed away early Friday morning, August 19, 2022 at Barnes Jewish Hospital in St. Louis, MO. Born May 10, 1942 in St. Louis, she was one of three daughters of Edwin and Loretta Zander Steinhoff. Barb was a 1960 graduate of St. Anthony’s Catholic High School in St. Louis. She was employed for many years as a secretary for the Corps of Engineers in St. Louis. Barb was united in marriage on June 19, 2003 in Elsberry to William Louis Boswell. She was a member of Sacred Heart Church in Elsberry. Barb and Bill were avid boaters on the Mississippi River for many years. She also loved playing cards and games with her family and friends. She was preceded in death by her parents, Edwin Steinhoff and Loretta Steinhoff Allred; her sister, Loretta Davis; her aunt, Helen Bender; and her beloved husband of 17 years, William Louis “Bill” Boswell, who died on November 2, 2020. Survivors include her sister, Rosemary Lutzeier of St. Louis; three sisters-in-law, Pat Boswell of Cuba, MO, Dorothy Koch of Elsberry, and Diane (Charles) Vogt of St. Louis. Barb also leaves her cousins: Sister Mary Helen Bender, Charlie Bender, Bobby Bender and Ricky Bender, all of St. Louis; numerous devoted and loving nieces and nephews and many friends. Visitation will be held from 4:00 - 8:00 p.m. Monday, August 22, 2022 at Carter-Ricks Funeral Home in Elsberry, and from 9:00 a.m. until time of the Mass at 11:00 a.m. on Tuesday, August 23, 2022 at Sacred Heart Catholic Church. Memorials may be made to the American Cancer Society in care of Carter-Ricks Funeral Home, 107 South Fifth Street, Elsberry, MO. Online condolences may be made at www.carterricksfuneralhome.com.
Monday
22
August