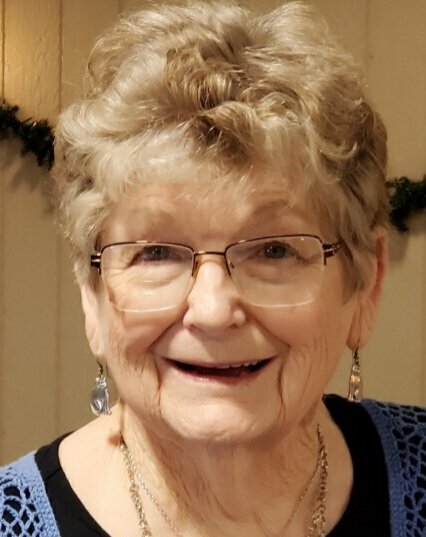 Obituary of Sylvia May Cannon

Please share a memory of Sylvia to include in a keepsake book for family and friends.
View Tribute Book
Funeral Services for Sylvia May Cannon of Winfield, MO will be held at 11:00 a.m. Thursday, August 11, 2022 at the Foley Baptist Church in Foley, MO. Rev. Will Steinbeck, pastor of Foley Baptist Church, will officiate with burial in Bethany Cemetery near Foley, MO. Mrs. Cannon, 79, passed away Saturday morning, August 6, 2022 at St. Joseph West Hospital in Lake Saint Louis, MO. Born October 5, 1942 in Las Vegas, NV, she was the daughter of Edwin Wilburn “Bill” and Lee Elnora Benthall Robertson. Sylvia was a 1959 graduate of Winfield High School. She was united in marriage on November 2, 1963 in O’Fallon, MO to Roger Dale Cannon. This union was blessed with three children: Russell, Angie and Joy. Sylvia worked for many years as the retail manager of the Dress Barn (women’s apparel) in St. Charles, MO. She was a member of the Pike-Lin Quilters Club. Sylvia was a longtime member and song leader of the Foley Baptist Church. She was preceded in death by her parents, Bill and Lee Robertson; three sisters: Virginia Roemisch, Sue Young and Dorothy Crum; and her beloved husband of almost 45 years, Roger Dale Cannon, who died August 20, 2008. Survivors include their children: Russell D. Cannon and his wife, Raye, of Winfield, Angie D. Keepen and her husband, Michael, of Winfield, and R. Joy Cannon of Florissant, MO; three grandchildren, Joshua Cannon and his wife, Adrienne, Adrianna Cannon and Rachael Cannon; three step-grandchildren: Michael, Brooke and Shawn VanHorn; and two great-grandchildren: Henry and Jack Cannon. Sylvia also leaves one brother, Jerry Robertson and his wife, Beverly, of Euless, TX; one sister, Wanda Lodholz and her husband, Bill, of Murfreesboro, TN; several in-laws, nieces and nephews, other relatives and many friends. Visitation will be held from 4:00 - 8:00 p.m. Wednesday, August 10, 2022 at Carter-Ricks Funeral Home in Winfield, and from 9:00 until time of the service at 11:00 a.m. Thursday, August 11, 2022 at the Foley Baptist Church. Memorials may be made to Bethany Cemetery or to the Missouri Baptist Orphanage in care of Carter-Ricks Funeral Home, 3838 East Highway 47, P.O. Box 253, Winfield, MO 63389. Online condolences may be made at www.carterricksfuneralhome.com.
Wednesday
10
August

Share Your Memory of
Sylvia
Upload Your Memory View All Memories
Be the first to upload a memory!
Share A Memory
Send Flowers
Plant a Tree