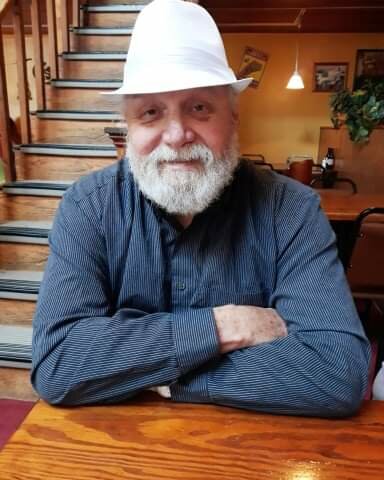 Please share a memory of Howard to include in a keepsake book for family and friends.
View Tribute Book
Graveside Services for Howard Wayne McIntosh of Elsberry, MO will be held at 2:30 p.m. Thursday, July 21, 2022 at the Elsberry City Cemetery near Elsberry. J. Larry Carter of Carter-Ricks Funeral Home will officiate. Mr. McIntosh, 79, passed away early Tuesday morning, July 19, 2022, at his home. Born June 29, 1943 in Louisville, KY, he was the son of Henry Alfred and Johnnie Lee Shelbourn McIntosh. Howard served his country in the United States Army from June 29, 1960 until his honorable discharge on June 15, 1963. He was united in marriage on February 21, 1964 in Dupo, IL to Evelyn Mozelle Maness. This union was blessed with one daughter, Katrina Ann. Howard worked in Precision Sub Assembly at Boeing for 38 years, retiring in 2008. Howard was a former member of Star Hope Baptist Church. He enjoyed hunting and fishing. Howard valued family above all else. Howard always said “he might’ve not always been right but he was never wrong.” He was preceded in death by his parents, Henry and Johnnie McIntosh; one sister, Vicky McIntosh; and his beloved wife of 47 years, Evelyn McIntosh, who died on September 19, 2011. Survivors include one daughter, Katrina Acker of Elsberry; two grandchildren: Alicia Acker and Sylvia Acker; and one great-granddaughter, Faith Evelyn Rutledge. Howard also leaves four brothers: Myrle Alfred McIntosh of Georgia, Ricki McIntosh of Illinois, Cary McIntosh of Kentucky, and Alfred Wayne McIntosh of New Mexico; three sisters: Donna Santen of Texas, Nancy Files of Kentucky and Neveyln Halls of Kentucky; many nieces, nephews, other relatives and friends. Memorials may be made to the Family of Howard McIntosh to assist with final expenses in care of Carter-Ricks Funeral Home, 107 S. 5th Street; Elsberry, MO 63343.
Thursday
21
July

Share Your Memory of
Howard
Upload Your Memory View All Memories
Be the first to upload a memory!
Share A Memory
Send Flowers
Plant a Tree