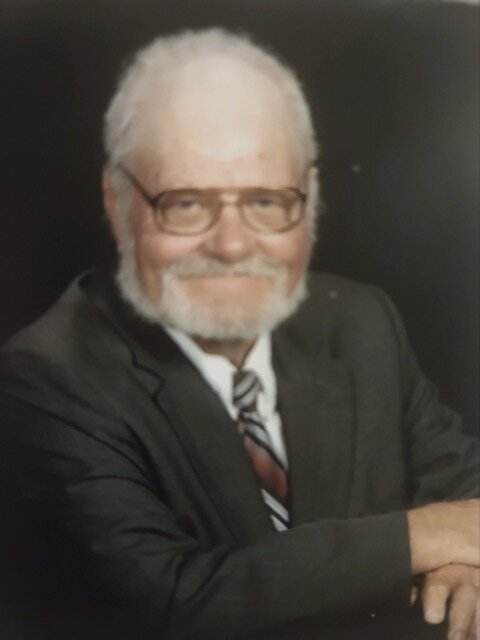 Please share a memory of Alfred to include in a keepsake book for family and friends.
View Tribute Book
A Mass of Christian Burial for Alfred Walter Meyer of Old Monroe, MO will be held at 10:00 a.m. Wednesday, July 20, 2022 at Immaculate Conception Catholic Church in Old Monroe. Father Richard Rath, church pastor, will officiate with burial in Immaculate Conception Cemetery in Old Monroe. Serving as pallbearers will be John Throgmorton, Elijah Milan, Abraham Milan, Justin Waldman, William Meyer and Glennon Meyer. Mr. Meyer, 85, passed away Friday evening, July 15, 2022 at DePaul Hospital in Bridgeton, MO. Born December 29, 1936 in Florissant, MO, he was the son of Carl and Gladys Brock Meyer. Alfred was a graduate of Francis Howell High School in St. Charles, MO. He served his country in the U.S. Army and was honorably discharged on June 30, 1962. He was united in marriage on June 17, 1961 in Old Monroe to Carole Ann Hakenwerth. This union was blessed with four children: Daniel, Maure, Dale and Joyce. Alfred owned and operated A.W. Meyer Painting for many years, working in both residential and commercial construction. He was a member of Painters District Council #2 in St. Louis, MO. He was a member of American Legion Post #420 in Old Monroe and the Old Monroe Gun Club. Alfred was a member of Immaculate Conception Church in Old Monroe. He was preceded in death by his parents, Carl and Gladys Meyer; five brothers: Carl, Robert, Donald, Norman and Joseph Meyer; and five sisters: Maure Westerheld, Frances Hagermann, Marge Beechler, Ernastine Meyer and Joyce Pieper. Survivors include his beloved wife of 61 years, Carole Meyer of Old Monroe; their children: Daniel Meyer and his wife, Donna, of Old Monroe, Maure Franck of Winfield, Dale Meyer of Old Monroe, and Joyce Throgmorton and her husband, Kyle, of Troy, MO; fourteen grandchildren and four great-grandchildren. Alfred also leaves one brother, Bill Meyer and his wife, Kathy, of Rio Rancho, NM; two brothers-in-law, Ronald Hakenwerth and his wife, Bonnie, of Old Monroe, and Ray Pieper of O’Fallon, MO, and one sister-in-law, Dot Meyer of Ohio; several nieces and nephews, other relatives and many friends. Visitation will be held from 5:00 - 7:00 p.m. Tuesday, July 19, 2022 at Carter-Ricks Funeral Home in Winfield; and from 9:00 a.m. until time of the Funeral Mass on Wednesday, July 20, 2022 at Immaculate Conception Church in Old Monroe. Memorials may be made to Immaculate Conception Church, Immaculate Conception School or Masses in care of Carter-Ricks Funeral Home, 3838 East Highway 47, P.O. Box 253, Winfield, MO 63389. Online condolences may be made at www.carterricksfuneralhome.com
Tuesday
19
July

Share Your Memory of
Alfred
Upload Your Memory View All Memories
Be the first to upload a memory!
Share A Memory
Send Flowers
Plant a Tree