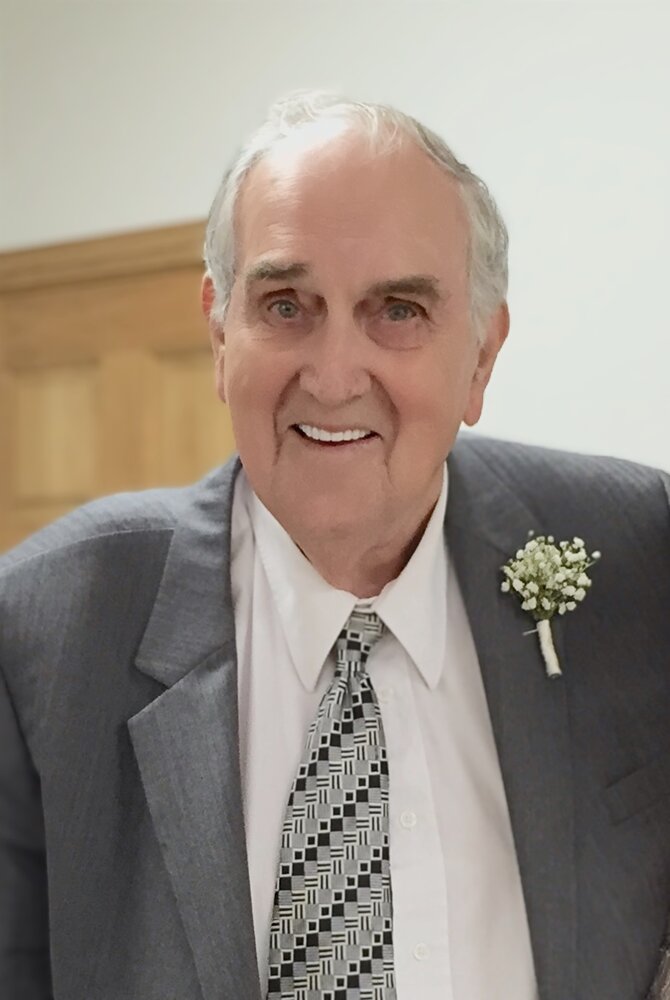 Please share a memory of Martin to include in a keepsake book for family and friends.
View Tribute Book
Funeral Services for Martin Albert Herring of Winfield, MO will be held at 11:00 a.m., Saturday, May 7, 2022 at Carter-Ricks Funeral Home in Winfield. Rev. Matt Armstrong, Pastor of Calvary Assembly of God Church in Winfield, will officiate with burial in Winfield Cemetery. Serving as pallbearers will be Steve Rolfes, Paul Eggering, Jay Herring, Jerry Herring, Leon Hubbard and David Hubbard. Serving as honorary pallbearers will be Augustus Lee and Weston Lee. Mr. Herring, 88, passed away Friday afternoon, April 29, 2022 at his home. Born June 9, 1933 on his parent’s homestead in Winfield, he was the son of Joseph Blackburn and Edna Bell Willis Herring. Martin was united in marriage to Ruth Hubbard until the time of her passing. Martin was later married on January 6, 1968 in Troy, MO to Bonnie Lou Simpson. This union was blessed with one daughter, Cherlyn. Martin worked as an auto painter for Ford Motor Company; and later as an aircraft silk screen printer for McDonnell Douglas for many years until his retirement. Martin later married Carol Lee Court on September 23, 1995 in St. Louis, MO. Martin was a Past Master of the Masonic Lodge in Winfield. He was a longtime supporter of the Eastern Star. Martin was a longtime member of the Winfield Foley Fire Protection District. He had a love for hunting, especially coon hunting. Martin enjoyed cooking, baking and fishing. He was preceded in death by his parents, Joseph and Edna Herring; three brothers: Richard Herring, Deward Herring and Oscar Herring; three sisters: Juanita Bimson, Flossie Duckett and Florence Brown; his wives: Ruth (Hubbard) Herring, wife of nearly 21 years, Bonnie (Simpson) Herring on January 1, 1988; and his wife of 26 years, Carol (Court) Herring on February 11, 2022. Survivors include one daughter, Cherlyn Lee and Dan Pruitt of Silex, MO; his grandchildren: Arron Lee and his wife, Audrey, of Winfield, Alex Lee of Old Monroe and Nicole Lee of Stillwater, OK, Cody Pruitt of Silex, Casie Pruitt of Troy and Scott Pruitt of Rolla, MO; and his great-grandchildren: Grace, Bonnie, Augustus “Gus”, Weston, Macy and Brylee. Martin also leaves one brother, Wayne Herring, of Elsberry, MO; many nieces, nephews, other relatives and friends. Visitation will be held from 4:00 - 8:00 p.m. Friday, May 6, 2022 at Carter-Ricks Funeral Home in Winfield. Memorials may be made to Tunnel to Towers Foundation (or) Shriner’s Hospital in care of Carter-Ricks Funeral Home, 3838 East Highway 47, P.O. Box 253, Winfield, MO 63389.
Friday
6
May

Share Your Memory of
Martin
Upload Your Memory View All Memories
Be the first to upload a memory!
Share A Memory
Send Flowers
Plant a Tree