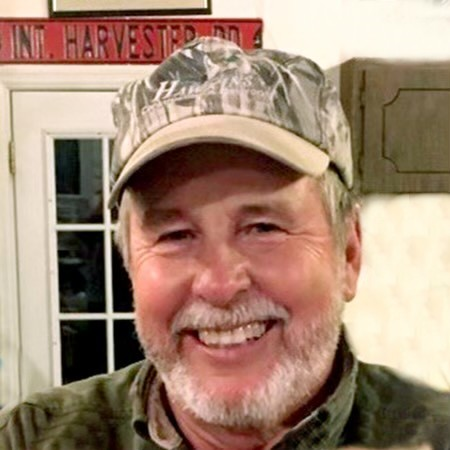 Please share a memory of Larry to include in a keepsake book for family and friends.
View Tribute Book
A Memorial Mass for Larry William Bals of Old Monroe, MO will be held at 11:00 a.m. Saturday, April 9, 2022 at Immaculate Conception Catholic Church near Old Monroe. Fr. Richard Rath, church pastor, will officiate with inurnment in the Immaculate Conception Cemetery. Mr. Bals, 69, passed away Sunday morning, April 3, 2022 at his home. Born June 22, 1952 in St. Charles, MO, he was the son of Hilary William and Hattie Norene Krieg Bals. Larry was a 1970 graduate of St. Dominic High School. He served his country in the United States Army from 1972-1974 when he was honorably discharged. During his service, Larry was a member of the 728 Military Police Batalion in Seoul, South Korea. Larry was united in marriage on August 20, 1977 in St. Paul, MO to Carolyn Rose Heppermann. This union was blessed with three children: Valerie Ann, Garry Matthew and Darin Michael. Larry worked as a carpenter for many years. He was a member of St. Louis Carpenters Local #32 in Wentzville, MO. Active in the Old Monroe community, Larry was also a longtime member of Immaculate Conception Catholic Church, Knights of Columbus #10144, and American Legion Post #420. He was preceded in death by his parents, Hilary and Hattie Bals; one brother, Kenny Bals, and his wife, Leona; and one brother-in-law, Hilary Burkemper. Survivors include his beloved wife of nearly 45 years, Carolyn Bals of Old Monroe; their children: Valerie Schneider and her husband, Stephen, Jr., of Old Monroe, Garry Bals and his wife, Andrea, of Old Monroe and Darin Bals, also of Old Monroe; and eight grandchildren: Garrett, Clinton and Wyatt Schneider, Jacob, Jackson, Sianna, Hattie and Wade Bals. Larry also leaves one sister, Wilma Burkemper of Troy, MO; several nieces, nephews, other relatives and friends. Visitation will be held from 9:00 a.m. until the time of Memorial Mass at 11:00 a.m. Saturday, April 9, 2022 at Immaculate Conception Catholic Church. Memorials may be made to St. Jude Children’s Research Hospital in care of Carter-Ricks Funeral Home, 3838 East Highway 47, P.O. Box 253, Winfield, MO 63389.
Saturday
9
April

Share Your Memory of
Larry
Upload Your Memory View All Memories
Be the first to upload a memory!
Share A Memory
Send Flowers
Plant a Tree