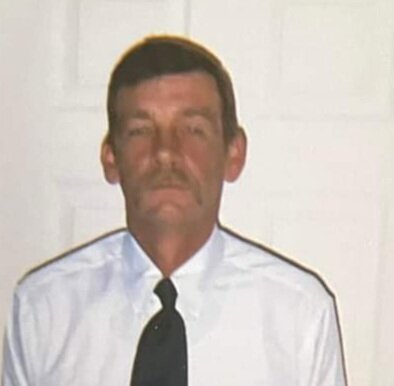 Please share a memory of Gene to include in a keepsake book for family and friends.
View Tribute Book
Gene Edgar Trower Funeral Services for Gene Edgar Trower of Elsberry, MO will be held at 1:00 p.m. Thursday, March 31, 2022 at Carter-Ricks Funeral Home in Elsberry. Pastor Jess Wilson of Cyrene Baptist Church in Cyrene, MO, will officiate with burial in Elsberry City Cemetery. Serving as pallbearers will be Jimmy Moore, Gene Houston, Caleb Jones, Danny Mayfield, Ben Murphy and Mark Schremmer. Mr. Trower, 58, passed away Saturday morning, March 26, 2022, at his home in Elsberry. Born February 28, 1964 in Troy, MO, he was the son of George Elmer and Linda Fay Siders Trower. Gene served his country in the U.S. Air Force as a Munitions Systems Specialist from June 2, 1982 until he was honorably discharged on August 10, 1987. Gene was employed in the maintenance department of Digicans (manufacturing company) in St. Peters, MO. He was a member of the Troy VFW Post #8828. Gene was preceded in death by his father, George Trower; his mother, Linda Clark; and one sister, Rhonda Clark. Survivors include his companion, Jennifer Jones of Elsberry; one son, Michael Trower and his wife, Stephanie, of Peoria, IL; and one daughter, Kaylynn Trower of Elsberry; and five grandchildren. Gene also leaves two sisters: Karen Perkins and her husband, Mark, of Warrenton, MO, and Lisa Grant of Elsberry; several nieces, nephews, other relatives and many friends. Visitation will be held from 10:00 a.m. until time of the funeral service at 1:00 p.m. Thursday, March 31, 2022 at Carter-Ricks Funeral Home in Elsberry. Memorials may be made to the family of Gene Trower for funeral expenses in care of Carter-Ricks Funeral Home, 107 S. 5th Street; Elsberry, MO 63343. Online condolences may be made at www.carterricksfuneralhome.com.
Thursday
31
March

Share Your Memory of
Gene
Upload Your Memory View All Memories
Be the first to upload a memory!
Share A Memory
Send Flowers
Plant a Tree