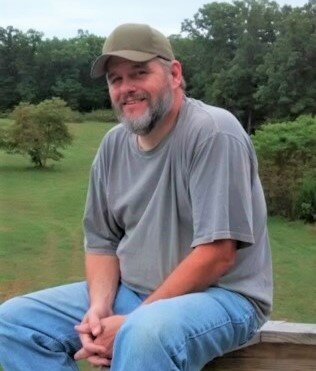 Please share a memory of Thomas to include in a keepsake book for family and friends.
View Tribute Book
Funeral Services for Thomas A. “Tom” Joseph, III of Foley, MO will be held at 7:00 p.m. Thursday, February 10, 2022 at Carter-Ricks Funeral Home in Elsberry, MO. Mr. Joseph, 53, passed away Friday afternoon, February 4, 2022, at Mercy Hospital in Creve Coeur, MO. Born June 16, 1968 in St. Louis, MO, he was the son of Thomas Albert and Dennise J. Noonan Joseph, II. He was united in marriage on January 10, 1994 in Elsberry to Rebecca L. “Bekki” Stephens. Tom worked for many years in mechanical maintenance for MEMC in St. Peters, MO, retiring in 2012. He was a member of the National Rifle Association, and a Bench Rest Rifle Club of St. Louis. Tom was preceded in death by his mother, Dennise Withrow; his step-father, Freddie Withrow, his uncle, Kenneth Joseph; and one sister, Loretta Joseph who died as an infant. Survivors include his beloved wife of 28 years, Bekki Joseph of Foley; two step-sons: Josh Moyer of Elsberry; and Jared Moyer and his wife, Crystal, of Taylorville, IL; and three grandchildren: Meghan and Emily Moyer and Job Moyer. Tom also leaves his father, Thomas A. Joseph, II of St. Louis; his mother-in-law, Frances “Fran” Dryden of Elsberry; one brother-in-law, Michael Stephens and his wife, Katrina, of Annada, MO; three sisters-in-law: Paula Stephens of Troy, Laura Drummond and her husband, Steve, of Elsberry, and Doris Rucinski and her husband, Keith, of Akron, OH; several cousins, nieces, nephews, other relatives and many friends. Visitation will be held from 4:00 – 7:00 p.m. Thursday, February 10, 2022 at Carter-Ricks Funeral Home in Elsberry. Memorials may be made to the Family of Thomas Joseph, III for funeral expenses in care of Carter-Ricks Funeral Home, 107 S. 5th Street; Elsberry, MO 63343. Online condolences may be made at www.carterricksfuneralhome.com.
Thursday
10
February