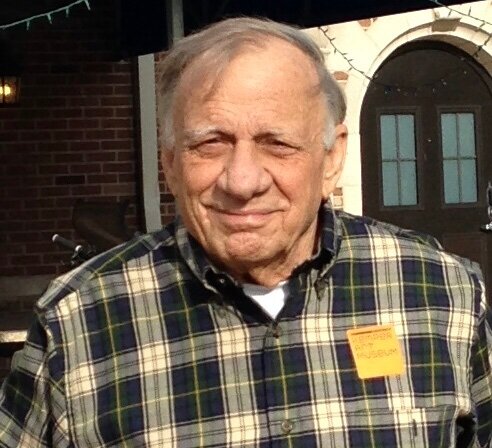 Please share a memory of Robert to include in a keepsake book for family and friends.
View Tribute Book
Robert W. Foster (known as Bob his entire life, even as a baby) was born on September 7, 1944 and passed away on January 28th, 2022 at the age of 77 at his home in O’Fallon, Missouri. Despite his battle with serious medical issues in recent years, he faced every challenge with a fighting spirit and his “do what you gotta do to get through” mentality. Survivors include his beloved wife of 55 years Margie Kearns Foster and his adult children Shelley Foster of Quincy, MA, Laura Foster and her husband Jason Jarl of Austin, TX, and Bobby Foster of O’Fallon, MO as well as many dear friends and relatives. He was preceded in death by his parents, Dale and Angie (Morris) Foster and his brothers Drew, Todd, and Steve. Bob treasured his childhood and loved spending time with his parents, grandparents, aunts, uncles, and cousins in Lincoln County, Missouri. Ever mischievous, he nearly always got away with whatever scheme he had at play due to his charisma and charm. Bob and Margie met during their senior year of high school at Riverview Gardens High in St. Louis (Class of 1962) where they were, in Bob’s words, a power couple as a star football player and head cheerleader. They married in 1966 after he graduated from Washington University, his father’s alma mater. Throughout his life, Bob had an incredibly strong work ethic. After working for others at companies such as State Farm, Sinclair Oil, and Tremco, he embraced his entrepreneurial spirit and opened All-Tex Supply in Austin 1982 where he specialized in waterproofing materials. With determination, he quickly added offices in San Antonio and Dallas. All-Tex Supply still operates today and has expanded even further as a result of his dynamic vision. He contributed his expertise to many prestigious projects such as the Gulf Building in Houston, Peachtree Plaza in Atlanta, The Biltmore Resort in Miami, One American Center in Austin, and Reunion Center in Dallas. Post retirement, Bob continued to contribute his specialized skills through R.W. Foster Consultants. It wasn’t all work and no play for Bob. He was a skilled woodworker, enjoyed music across many genres, and loved cars and driving. It was a source of pride for him that he drove the entire length of Route 66. As a fun-loving guy, he easily made many dear friends in all the cities he lived in over the course of his lifetime: St. Louis, Houston, Marietta, Austin, and O’Fallon. To his family and friends, he could be both serious and silly. Extremely loyal, he was a man who went to the ends of the earth for the people he loved. He could also be counted on for a laugh, whether that was breaking out into a goofy song, telling a joke, or just finding the humor in a difficult situation. Bob may have been short in stature, but he was tall on kindness, generosity, and love. Memorial Services will occur at a later date in St. Louis, MO and Austin, Texas. If you would like to make a charitable donation in Bob's honor, please go to the "find a participant" link at www.fundraising.stjude.org. Online condolences can be made at www.carterricksfuneralhome.com.

Share Your Memory of
Robert
Upload Your Memory View All Memories
Be the first to upload a memory!
Share A Memory
Plant a Tree