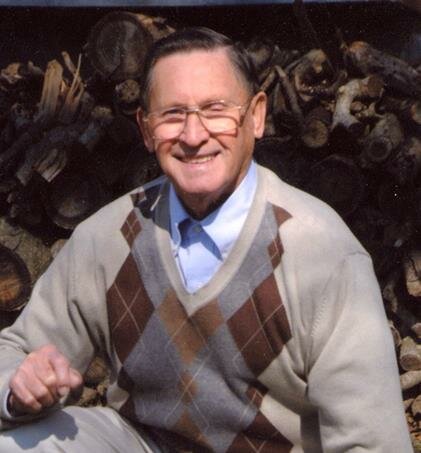 Please share a memory of Leonard to include in a keepsake book for family and friends.
View Tribute Book
A Mass of Christian Burial for Leonard Henry Pieper of Troy, MO (formally of Old Monroe, MO) will be held at 10:30 a.m. Monday, January 31, 2022 at Immaculate Conception Catholic Church near Old Monroe. Fr. Richard Rath and Fr. Thomas Wissler will officiate with burial in Immaculate Conception Cemetery. Serving as pallbearers will be Chris Pieper, Andrew Pieper, Dylan Pieper, Dusty Pieper, Jennifer Clark, Deanna Pieper with Jamie Pieper and Jodi Niehoff as honorary pallbearers Mr. Pieper, 93, passed away Tuesday, January 25, 2022 at the Elsberry Health Care Center after a brief illness. Born on March 3rd 1928 in Old Monroe, he was the youngest of ten children born to Frank C. and Mary Bals Pieper. Leonard was united in marriage on October 3rd 1953 in Old Monroe to Jane Gertrude Gnade. They would have celebrated 69 years of marriage this year. This union was blessed with four children; Darrell, David, William (Bill), and Annette. As a young man, Leonard began working for Palmer Dairy Farms near Old Monroe in 1944, spending the next 50 years raising dairy calves and working on the farm, retiring in 1994. Leonard was an avid gardener and took pride in raising beautiful vegetable and flower gardens his entire life. He also enjoyed hunting and fishing, spending many happy hours with a line in the water, both with his children and grandchildren. Leonard also took pride in his carpentry, building wooden snowmen, cardinal birds and other yard ornaments to share with his family. He was always proud to show off his work with others. His family and his Catholic faith were most important to him. He was a loving husband, father, grandfather and great-grandfather, and was happiest with his family around him. Leonard was preceded in death by his parents, Frank and Mary Pieper; his nine siblings and their spouses: George and Francis Pieper, Rose and Henry Johannesmann, Blanche and Clarence Wilke, Eleanor and Andrew Mensie, Clem and Ruth Pieper, Madeline and Leora Kelly, Norman “Red” and Mary Ann Pieper, Grace Pieper and James and Shirley Pieper; and one daughter-in-law Susie Pieper. Survivors include his beloved wife of 68 years, Jane Pieper, his four children, Darrell, David and his wife Marcella, Bill and his wife Nancy, all of Troy, and Annette Niehoff and her husband John of Perry, MO; eight grandchildren: Chris Pieper and his wife Meghan of Wentzville, Andrew Pieper and Jamie Ohrt of Apple Valley, MN, Dylan Pieper of Troy and Kaity Carmichael of Flower Mound, TX , Dusty Pieper of Madison, AL, Jennifer (Niehoff) Clark and her husband Justin of Lakewood, CO, Deanna Pieper of Troy, MO, Jamie Pieper and her fiancé Andy Folta of Metamora, IL and Jodi Niehoff of Perry, MO; and two great grandchildren, Bennett and Eleanor Pieper. He also leaves behind one brother-in-law, Charles Gnade of Old Monroe; four sisters-in-law: RoseMary Rottger of Troy, Ruthie Gnade of Moscow Mills, Delores Gnade of Moscow Mills, and Joan Pieper of Wentzville; many nieces, nephews and dear friends. Visitation will be held from 9:00 a.m. – 10:15 a.m. on Monday, January 31, 2022 at Immaculate Conception Catholic Church. In lieu of flowers, memorials and Mass Intentions can be made in memory of Leonard to Sacred Heart Parish of Troy and Immaculate Conception Parish of Old Monroe in care of Carter-Ricks Funeral Home, 3838 East Highway 47, P.O. Box 253, Winfield, MO 63389.
Monday
31
January

Share Your Memory of
Leonard
Upload Your Memory View All Memories
Be the first to upload a memory!
Share A Memory
Send Flowers
Plant a Tree