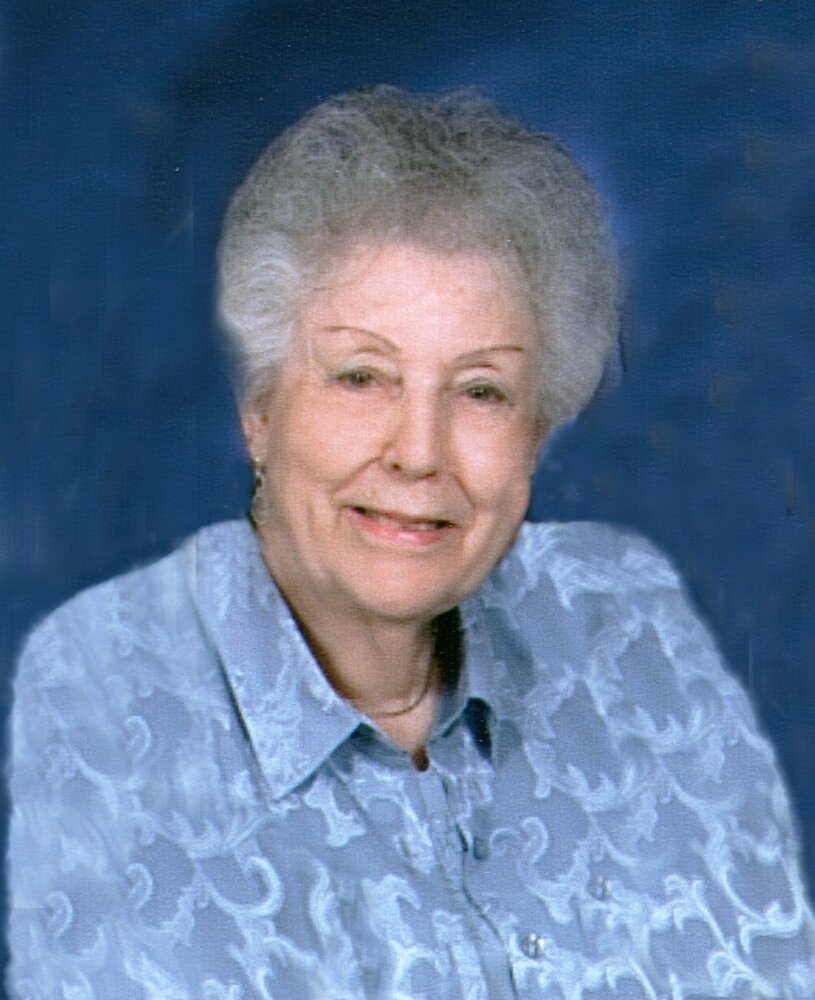 Please share a memory of Ruby to include in a keepsake book for family and friends.
View Tribute Book
Funeral Services for Ruby Lee Lindsey of Ashland, MO will be held at 2:00 p.m. Thursday, January 27, 2022 at Carter-Ricks Funeral Home in Winfield, MO. Rev. Mike Ryan, pastor of Horseshoe Bend Baptist Church in Lake Ozark, MO, will officiate with burial in Whispering Winds Cemetery near Winfield. Serving as pallbearers will be Tom Whiston, Randy Bals, Scott Diederich, Matt Diederich, Ronnie Lindsey and Dale Diederich. Mrs. Lindsey, 94, passed away early Saturday morning, January 22, 2022 at St. Joseph’s Bluffs Nursing Home in Jefferson City, MO. Born November 12, 1927 in Winfield, MO, she was the daughter of Roy Frank and Daserine Smith Elston. Ruby was a graduate of Winfield High School. She was united in marriage on December 21, 1946 in Winfield to Lawrence Edward Lindsey. This union was blessed with two sons: John and Jack. Ruby worked as a seamstress for Angelica Clothing and also in the cafeteria at Winfield High School. She was a longtime member of Winfield Baptist Church. She was preceded in death by her parents, Roy and Daserine Elston; one sister, Alice Chambers; one brother, Paul Elston; and her beloved husband of 75 years, Larry Lindsey, who died on December 15, 2021. Survivors include her sons: John Lindsey and his wife, Gloria, and Jack Lindsey, all of Ashland, MO; two grandchildren: Jeremy Lindsey and his significant other, Michelle, and Joshua Lindsey and his wife, Breanna, all of Ashland; and three great-grandchildren: Carley, Brent and Edith. Ruby also leaves two sisters: Norma Sommers of Eureka, MO and Phyllis Duncan and her husband, Howard, of Winfield; one sister-in-law, Betty Elston of Winfield; several nieces, nephews, other relatives and friends. Visitation will be held from 10:00 a.m. until the time of Funeral Services at 2:00 p.m. Thursday, January 27, 2022 at Carter-Ricks Funeral Home in Winfield. Memorials may be made to New Salem Baptist Cemetery in care of Carter-Ricks Funeral Home, 3838 East Highway 47, P.O. Box 253, Winfield, MO 63389.
Thursday
27
January

Share Your Memory of
Ruby
Upload Your Memory View All Memories
Be the first to upload a memory!
Share A Memory
Send Flowers
Plant a Tree