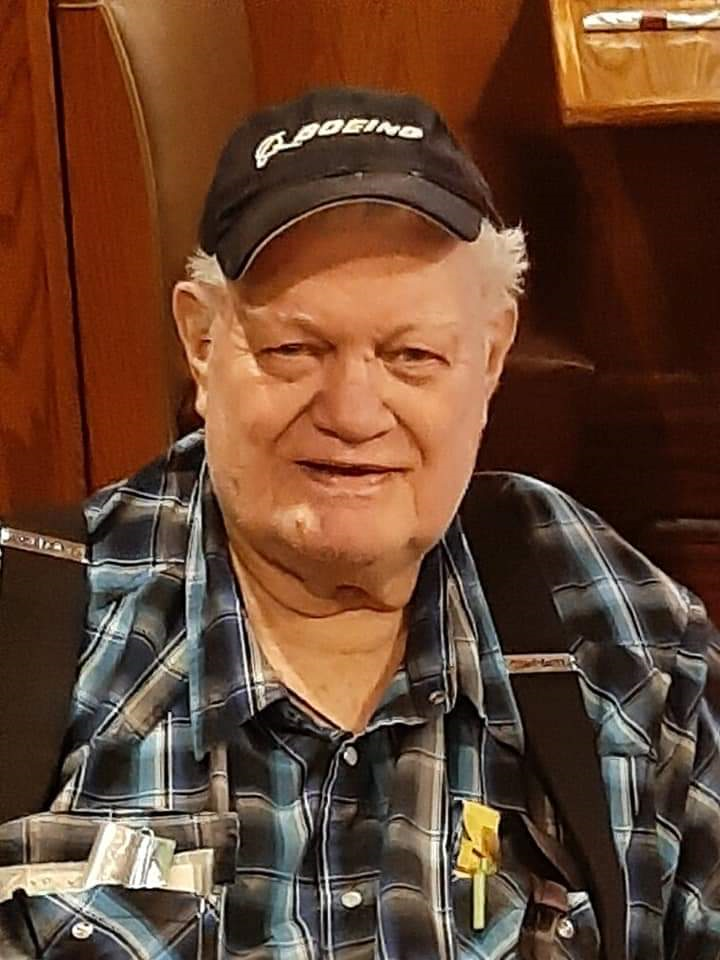 Please share a memory of David to include in a keepsake book for family and friends.
View Tribute Book
Funeral Services for David Lee Lilley of Foley, MO will be held at 2:00 p.m. Sunday, January 23, 2022 at Carter-Ricks Funeral Home in Winfield, MO. Rev. Doug Roam, pastor of Elsberry Apostolic Pentecostal Church in Elsberry, MO, will officiate with burial in Bethany Cemetery near Foley. Serving as pallbearers will be his grandsons: Isaac Rocheville, Aaron Rocheville, Justin Hirth, Wesley Hirth, Tyler Brinkman and Daniel Moander; and sons-in-law: Dan Moander and Scott Hirth. Mr. Lilley, 79, passed away early Wednesday morning, January 19, 2022 at Progress West Hospital in O’Fallon, MO. Born March 9, 1942 in Winfield, he was the son of Thomas Charles “Buck” and Frances Leola Gardner Lilley. David served his country in the United States Air Force from July 28, 1960 until his honorable discharge on April 29, 1964. He worked as the Lead Man in the Tool Crib for McDonnell Douglas and later Boeing. David was united in marriage on November 23, 1972 in Winfield to Janet Areline Morgan. Their home was blessed with five children: Tammy, Karri, Amy, Delbert and Craig. David enjoyed fishing. He was preceded in death by his parents, Buck and Frances Lilley; one sister, Lois Jean “Tootie” Lilley in 1973; and his beloved wife of 39 years, Janet Lilley, who died on April 16, 2012. Survivors include three daughters: Tammy Lilley-Boedeker of Silex, MO, Karri Moander and her husband, Daniel, of Foley and Amy Hirth and her husband, Scott, of Imperial, MO; two step-sons: Delbert Brinkman and his wife, Ronna, of Glenco, OK and Craig Brinkman of Warrenton, MO; fourteen grandchildren and four great-grandchildren. David also leaves two brothers: Robert Lilley of Michigan City, IN and Jerry Lilley and his wife, Barbara, of Florida; several nieces, nephews, other relatives and friends. Visitation will be held from 12:00 noon until the time of Funeral Services at 2:00 p.m. Sunday, January 23, 2022 at Carter-Ricks Funeral Home in Winfield. Memorials may be made to the Family of David Lilley (or) Charity of the Donor’s Choice in care of Carter-Ricks Funeral Home, 3838 East Highway 47, P.O. Box 253, Winfield, MO 63389.
Sunday
23
January

Share Your Memory of
David
Upload Your Memory View All Memories
Be the first to upload a memory!
Share A Memory
Send Flowers
Plant a Tree