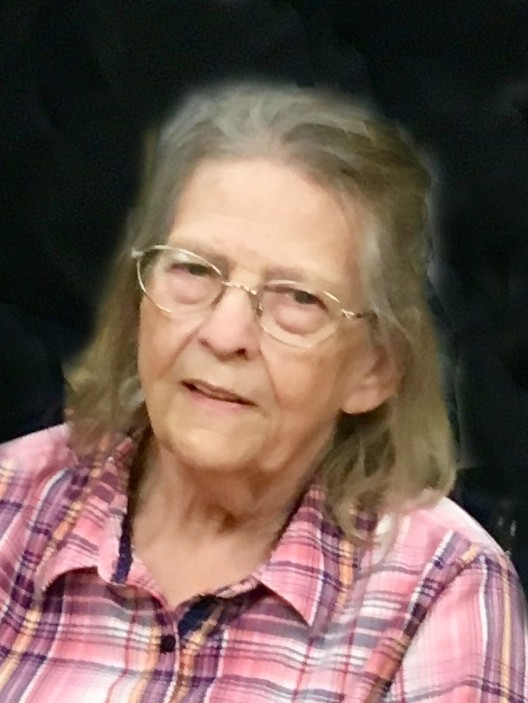 Please share a memory of Linda to include in a keepsake book for family and friends.
View Tribute Book
Linda Kay Galloway Parker passed away surrounded by family on January 18, 2022. Linda was born on January 25, 1944 to Kathryn May (née Reid) and David F. Galloway, who preceded her in death. She grew up in Elsberry, Missouri, where she enjoyed boating and spending time at her family’s clubhouse on the Mississippi River and listening to Elvis. Growing up she also developed a lifelong dislike of frogs. While she was gigging frogs at night with her dad, she opened a burlap bag full of bullfrogs and they jumped at her and into the boat. She graduated from Elsberry High School in 1962 and then attended William Woods College and Culver-Stockton College, where she was a member of the Chi Omega sorority. In 1963, Linda began her life-long love of the Beatles and was inducted into Chapter AI P.E.O., an organization that promotes women’s education. In 1964, she married Ronald Leftwich. Before their divorce in 1971, they had one son, David Leftwich, in 1968. After living in Chicago, St. Louis, and Houston, she moved back to Elsberry with her four-year old son. She quickly reintegrated herself into her hometown shortly after returning. She helped coordinate rescue and recovery efforts during the 1973 Mississippi River Flood using a CB radio and massive antennae her brother Dale had installed at their dad’s house. She worked with her dad, helping him manage his farms and other businesses. She also worked as a substitute teacher in the Elsberry R-II School District. She taught Sunday School and was Treasurer at Elsberry United Methodist Church for several years. She also managed the David Reid Galloway Memorial Scholarship Fund, which was established by her family to honor her brother David, who died tragically in 1962 at the age of 16. Each year the fund gave scholarships to graduates of Elsberry High School. In 1974, she began dating Michael E. Parker, which began a lifetime of companionship that included a love of travel and antiquing. On August 7, 1984, the two were married at their home to the beat of Kool and The Gang’s “Celebration.” Their travels and antiquing adventures fueled Linda’s love of interior decorating and decorating for the holidays. For several years she volunteered to decorate the public library, creating new displays for each holiday. At her home, she put up extensive holiday decorations, especially for the 4th of July and Christmas. Over the years, she collected a substantial number of Santas, including a large one that once stood on the roof of the Famous Barr at Northwest Plaza mall, and Christmas ornaments, including at least one from every trip she took. Linda was a wonderful mother and raised two “only” children. Two months after driving her eldest son to college, she gave birth to her and Mike’s son Andrew Parker on October 19, 1986. In the late 80s, Linda and Mike purchased Braumagin Clothing in Elsberry and renamed it Main Street Clothiers. In the late 1990s and early 2000s, Linda managed the Elsberry Motor Vehicle and Driver License Office. On July 6, 2007, she became a grandmother. She absolutely adored her granddaughter Eliot Kelly-Leftwich and quit smoking for her. For several years, she and Mike spent summers in Galveston, Texas to be close to Eliot, who lives in Houston with her parents. They would spend time playing on the beach, watching movies, and doing crafts. Linda enjoyed researching her family’s history and loved sharing their stories. One of her favorites was of her great-grandmother Nancy Ellen Bradshaw Galloway, who was born Covington, Kentucky in 1846. In 1863, at the age of 17, she traveled alone by river packet from Covington, KY to St. Louis, where she boarded a train to Wentzville, Missouri. From there she took a stage coach to Clarksville, Missouri. In 1864, she married Mathew Mark Galloway. They had five children before he died in 1876. She was a widow for 62 years, raised five children (two who died young), and farmed a large tract of land carved out of the Missouri woodlands. It was a difficult life plowing, working in the garden, cooking, tending livestock, and more. Linda embodied the spirit of her great-grandmother. Though she didn’t like gardening, she had a strong independent streak and had a fierce dedication to and love for her family, whether it was aunts and uncles, brothers and sister, her husband, sons, granddaughter, or nieces and nephews. Linda was preceded in death by her parents, Kathryn (née Reid) and David F. Galloway; and her brothers, David and Dale Galloway, who were identical twins. She is survived by her loving husband of 37 years, Michael E. Parker; her son Andrew Parker; her son, daughter-in-law, and granddaughter: David Leftwich, Tara Kelly, and Eliot Kelly-Leftwich; her sister and brother-in-law, Cindy and Larry Cordsiemon; and several cousins, nieces and nephews. The family would like to thank the dedicated staff at the Elsberry Health Care Center for taking such wonderful care of Linda for the last 3.5 years. Graveside Services will be held at a later date. In lieu of flowers, you can make a donation in memory of Linda Parker to the Elsberry Health Care Center or the Alzheimer’s Association (Alzheimer's Association | Donate to Fight Alzheimer's Disease) in care of Carter-Ricks Funeral Home, 107 S. 5th Street; Elsberry, MO 63343.

Share Your Memory of
Linda
Upload Your Memory View All Memories
Be the first to upload a memory!
Share A Memory
Plant a Tree