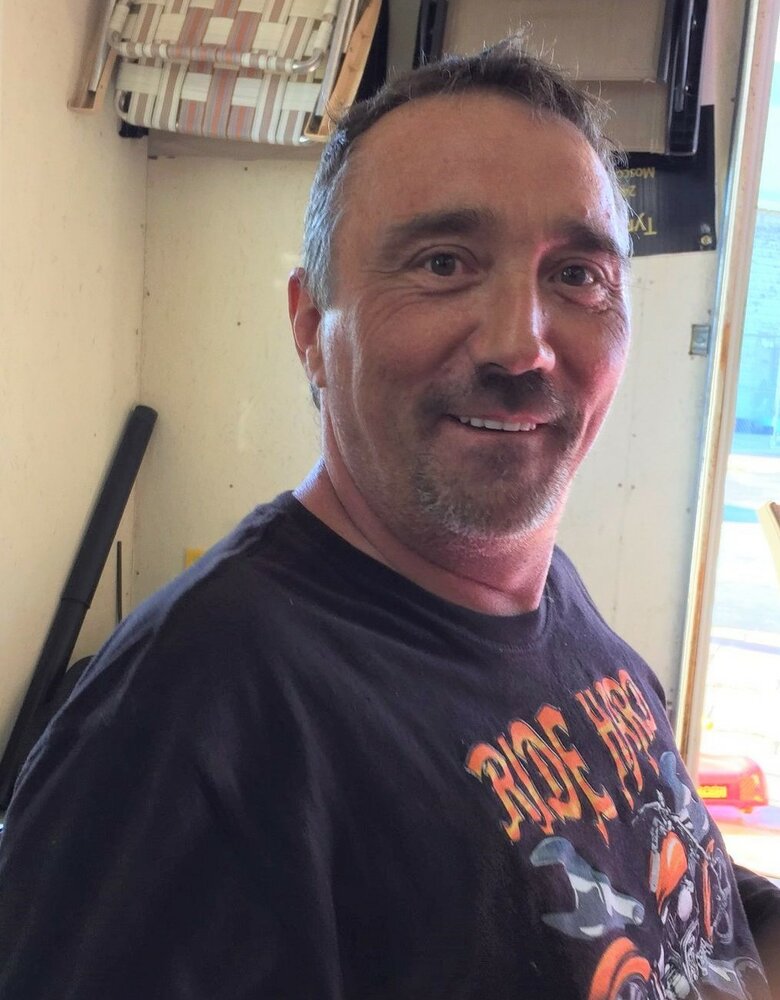 Please share a memory of Gary to include in a keepsake book for family and friends.
View Tribute Book
Funeral Services for Gary Lee Ethington of Winfield, MO will be held at 10:00 a.m. Tuesday, December 21, 2021 at Carter-Ricks Funeral Home in Winfield. Pastor Fielding Poe of First Baptist Church of Winfield, will officiate with burial in New Salem Cemetery near Winfield. Serving as pallbearers will be Donnie Strassemeier, Ronnie Sitton, Kurt Sitton, Bob Strassemeier, Phil Worland and Joe Didden. Visitation will be held from 5:00 - 8:00 p.m. Monday, December 20, 2021 at Carter-Ricks Funeral Home in Winfield. Mr. Ethington, 55, passed away Friday evening, December 17, 2021 at DePaul Hospital in Bridgeton, MO. Born September 19, 1966 in Troy, MO, he was the son of Charles Edward and Dottie Mae Dickmeyer Ethington. Gary was employed many years as a heavy equipment operator and foreman for Creve Coeur Paving. He was a member and treasurer of United Bikers for Unjust Causes & Tragedies. He was preceded in death by his parents, Charles and Dottie Ethington. Survivors include his son, Justin Ethington and his wife, Jennifer, of Niantic, IL; and three grandchildren: Jalynn, Jenna and Jordan Ethington. Gary also leaves two sisters: Connie Sitton and her husband, Ronnie, of Moscow Mills, MO, and Debbie Strassemeier and her husband, Bob, also of Moscow Mills; two nephews, Kurt Sitton and Donnie Strassemeier and companion, Jamie; one niece, Jenny Strassemeier and her fiancé, Shawn; four great-nieces: Sydney, Kaylee, Kennedy and Brielle; other relatives and many friends. Memorials may be made to the United Bikers in care of Carter-Ricks Funeral Home, 3838 East Highway 47, P.O. Box 253, Winfield, MO 63389. Online condolences may be made at www.carterricksfuneralhome.com.
Monday
20
December

Share Your Memory of
Gary
Upload Your Memory View All Memories
Be the first to upload a memory!
Share A Memory
Send Flowers
Plant a Tree