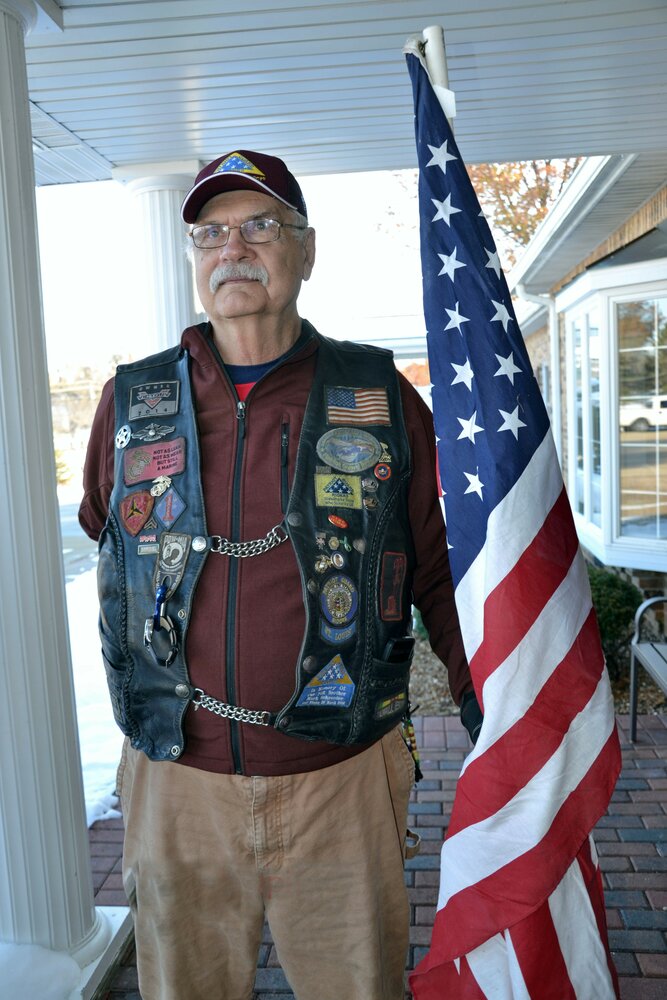 Please share a memory of Robert to include in a keepsake book for family and friends.
View Tribute Book
Robert J. “Bob” Smith, 79, of Foley, MO, fortified with the Sacraments on Wednesday, November 10, 2021. He is survived by his wife of 58 years, Joan M. (nee. Schneider) Smith, and sons Michael (Angela) of St. Charles and Kenneth (Katherine) of Mehlville, as well as grandchildren Madison, Emerson, Harrison, and Augustin, as well as many in-laws, nieces and nephews and numerous life-long friends. Bob was preceded in death by his parents Lincoln and Melba (nee. Widman), his sister, Charmaine Landwehr and her husband Edward, as well as father-in-law and mother-in-law, Edwin 'Bud' and Marie (nee. Redington) Schneider. Visitation will be held for Bob at Carter-Ricks Funeral Home in Winfield, MO on Wednesday, November 17, 2021 from 2:00-8:00 p.m.. A Mass of Christian Burial will be held at Sacred Heart Catholic Church in Elsberry, MO on Thursday, November 18, 2021at 10:00 a.m. with Father Charles Tichacek officiating. Burial will follow at Jefferson Barracks National Cemetery. Carter-Ricks Funeral Home will handle the funeral arrangements. Bob Smith was born in St. Louis, MO to Lincoln and Melba Smith on July 31, 1942. He attended Ritenour High School before joining the United States Marine Corps in 1959. After leaving active duty in 1963, he attended O’Fallon Tech and became a Tool and Die Maker, retiring in 2004 as a 40-year member of the International Association of Machinists. Known as Rainmaker, Bob served as Senior Ride Captain for the Patriot Guard Riders, was a member of the Detachment 1405 Marine Corps League, and was a 4th Degree member of the Knights of Columbus. Bob pursued a love of history when he started Civil War Reenacting with the 9th Missouri Battalion Sharpshooters with whom he attained the rank of “Captain.” Bob loved the outdoors and encouraged his family to do so as well with family trips and by serving as the Assistant Scoutmaster for Scouting USA Troop 990 (Winfield/Old Monroe) when his sons were Scouts. He donated a kidney to his younger son, which led to his promotion of the need for organ donation. An avid fisherman, Bob enjoyed fishing with his father and older son as well as helping with the fish fries at Sacred Heart Church (Elsberry). Above all, Bob loved riding his motorcycle, no matter the weather. From participating in Enduro racing in his younger years, travelling the nation, and especially as serving as a member of the Patriot Guard, Bob was never very far from his motorcycle. Beloved husband, father, son, brother, uncle and friend to many, Bob will be missed by all. Memorial donations may be made to causes that Bob held near and dear to his heart: Lincoln County MO Toys for Tots Marine Detachment 1405, https://troy-mo.toysfortots.org/local-coordinator-sites/lco-sites/default.aspx?nPageID=100&nPreviewInd=200&nRedirectInd=3 (Or) Missouri Kidney Program, https://mokp.org/ Thank you to everyone for their well wishes and prayers for Bob and for our entire family. Your love and understanding is much appreciated.
Print
Wednesday
17
November

Look inside to read what others have shared
Family and friends are coming together online to create a special keepsake. Every memory left on the online obituary will be automatically included in this book.
View Tribute Book
Share A Memory
Send Flowers
Plant a Tree