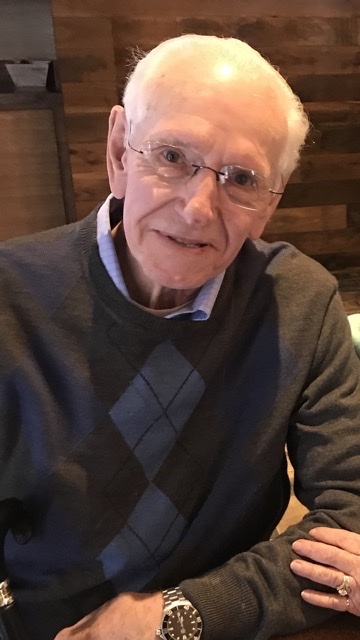 Please share a memory of James to include in a keepsake book for family and friends.
View Tribute Book
James David Allen, formerly of Elsberry, MO, passed away at his home peacefully on October 30th, 2021 surrounded by loved ones. Funeral Services will be held at 2:00 p.m. on Saturday, November 6, 2021 at Carter-Ricks Funeral Home in Elsberry. Rev. Mark Payne, retired pastor of Calvary Chapel in Winfield, MO, will officiate with burial in the Elsberry City Cemetery near Elsberry. Serving as pallbearers will be Garrett Hallemeier, Joel Allen, Timothy Hallemeier, Jason Allen, James Skiles and Jan Recker. James was born on August 3, 1938 to Willie & Gearldine Allen in Oxnard California. He was a 1957 graduate of Moorpark High School, where he was offered a scholarship to UCLA in Football. He later received a Business Administration Degree from Ventura College. Additionally, Jim served his country in the United States Air Force from 1961 to 1967. James was united in marriage on February 7, 1959 to Jean Lee Moudy. After living in California for a number of years, James and his family moved to the Elsberry community in 1973 and was active throughout the community. He owned and operated the MFA Insurance Agency, later known as Shelter Insurance, was a real estate developer and co-owned BJ’s Quick Shop for many years. James enjoyed spending time with his family and friends, attending his grandchildren’s sporting events and spending time at his house on Lake Ozark. He was a loyal Cardinal fan and enjoyed watching games with his friends and family. James also enjoyed hunting and fishing. He was preceded in death by his parents; and an infant daughter. Survivors include his wife of 62 years, Jean Lee Allen; daughter, Jaymie Hallemeier and her husband, Paul, of St. Charles, MO; son, Jeffrey Allen and his wife, Nancy, of St. Charles; grandchildren: Garrett( and his wife Brandi), Joel, Timothy, Paige, Jason and Megan; and great-grandchildren: Cora, Robbie, Maddox and Zander. James also leaves one brother, Fred Allen and his wife, Shari, of Chico, CA; and many other in-laws, nieces, nephews and friends. Visitation will be held from 10:00 a.m. until the time of Funeral Services at 2:00 p.m. on Saturday, November 6, 2021 at Carter-Ricks Funeral Home. Memorials may be made to Central Missouri Honor Flight (or) St. Jude Children’s Research Hospital in care of Carter-Ricks Funeral Home, 107 S. 5th Street; Elsberry, MO 63343.
Saturday
6
November