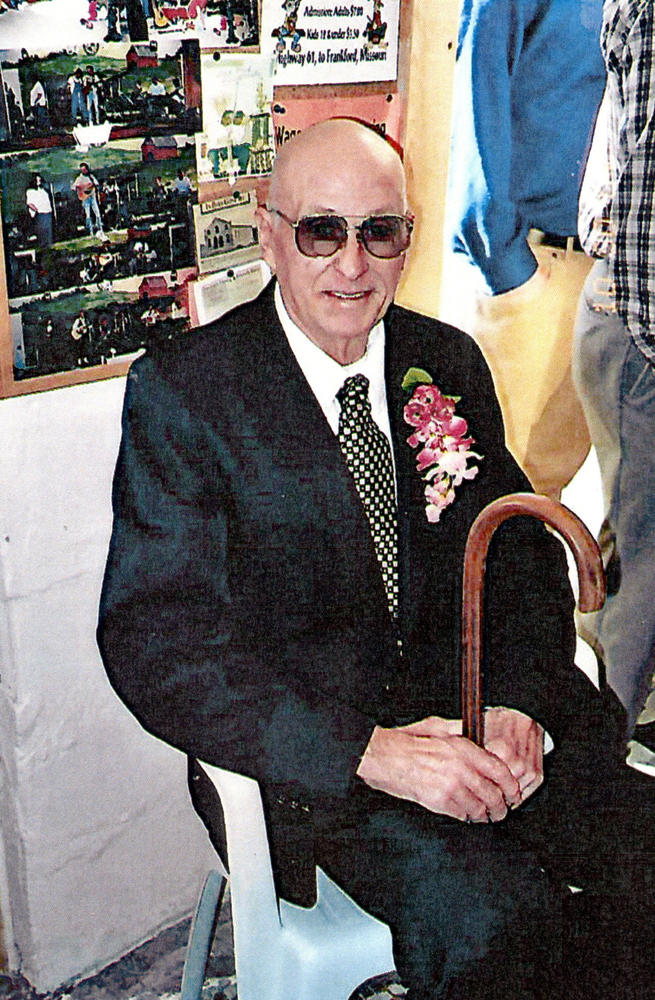 Please share a memory of John "Jack" to include in a keepsake book for family and friends.
View Tribute Book
Memorial Services for John “Jack” Beauchamp Morrow of Annada, MO will be held at 11:00 a.m. Saturday, October 2, 2021 at Carter-Ricks Funeral Home in Elsberry, MO. Brother Harold Smith of Winchester, IL, will officiate with inurnment in Greenwood Cemetery in Clarksville, MO. Mr. Morrow, 88, passed away Thursday afternoon, September 23, 2021, at Truman VA Hospital in Columbia, MO. Born December 20, 1932 in Annada, MO, he was the son of Ray Beauchamp and Myrtle Bell Sheets Morrow. John served his country during the Korean Conflict in the U.S. Army from March 19, 1953 until he was honorably discharged on March 18, 1955. He was united in marriage on March 10, 1961 in Louisiana, MO to Jane Evelyn Wallace. This union was blessed with two daughters, Mary Jane and Patty. Jack was self-employed as a farm machinery mechanic for many years, retiring in 1989. He was a member of the American Legion Post #349 in Clarksville. He enjoyed gardening and woodworking. He made fiddles since he liked country and bluegrass music so much. Jack was preceded in death by his parents, Ray and Myrtle Morrow; two half-brothers, Kenneth Kohn and Othel Kohn; his brother, Ray Beauchamp Morrow, Jr.; and his beloved wife of 30 years, Jane Morrow, who passed away in 1991. Survivors include his daughters: Mary Jane Owens and her husband, Roger, of Frankford, MO, and Patty Chandler of Elsberry; and two grandchildren: Charles Chandler and Caitlyn Chandler. He also leaves several nieces, nephews, other relatives and many friends. Visitation will be held from 4:00 – 7:00 p.m. Friday, October 1, 2021 at Carter-Ricks Funeral Home in Elsberry. Memorials may be made to the Clarksville American Legion Post #349 in care of Carter-Ricks Funeral Home, 107 S. 5th Street; Elsberry, MO 63343.
Friday
1
October

Share Your Memory of
John "Jack"
Upload Your Memory View All Memories
Be the first to upload a memory!
Share A Memory
Send Flowers
Plant a Tree