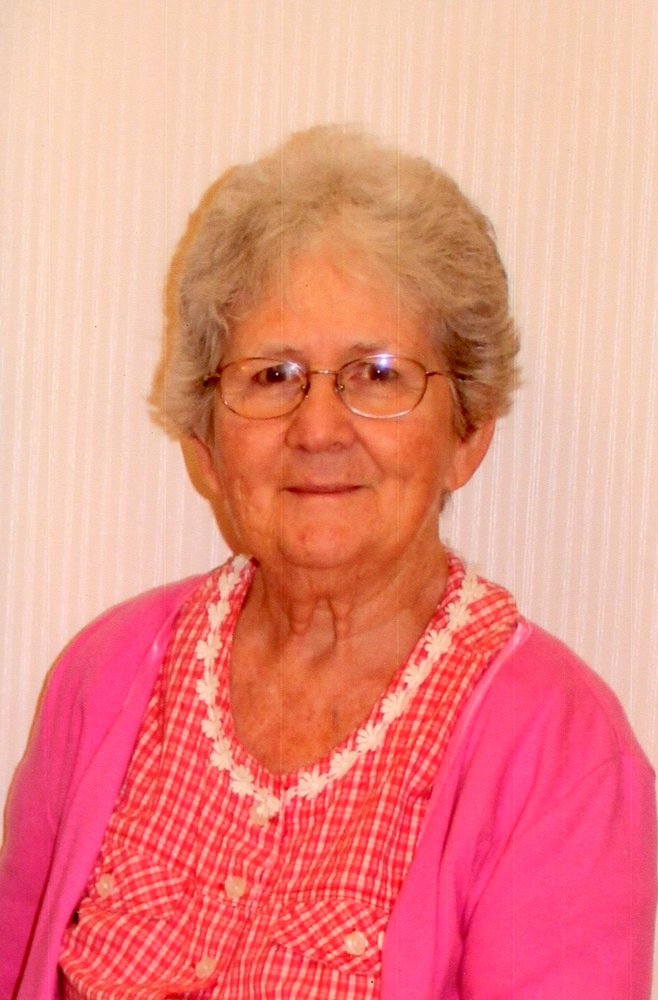 Please share a memory of Arleen to include in a keepsake book for family and friends.
View Tribute Book
Funeral Services for Arleen Jean Herring of Elsberry, MO will be held at 11:00 a.m. Wednesday, August 4, 2021 at the Elsberry United Methodist Church. Rev. Tom Sullenger, retired pastor, will officiate with burial in Elsberry City Cemetery in Elsberry, MO. Serving as pallbearers will be Jay Herring, Jerry Herring, Keith Herring, Kevin Herring, Brian Henderson and Zane Smith. Mrs. Herring, 80, passed away Saturday morning, July 31, 2021, at the Elsberry Health Care Center near Elsberry. Born September 4, 1940 in St. Louis, MO, she was the daughter of Chester and Esther Krueger Henderson. Arleen was a graduate of Herculaneum High School in Herculaneum, MO; and earned her degree in Home Economics Education from the University of Missouri in Columbia, MO. Arleen was united in marriage on August 26, 1961 in Troy, MO to Wayne Larry Herring. This union was blessed with four sons, Mark, Matthew, Paul and Adam. Arleen taught Home Economics for a short time at Silex High School, and later served as a substitute teacher in the Elsberry School District. She was a member of Smith Chapel United Methodist Church where she served as a Sunday School teacher for many years. She was involved in the early years of the Elsberry Library. Arleen was a member of the Lincoln County Extension Council and the 4-H Council. She was also a 4-H Club leader and a project leader with three Lincoln County Clubs. Arleen was proud to be a Master Gardener. She was preceded in death by her parents, Chester and Esther Henderson; and one brother-in-law, Jack Smith. Survivors include her beloved husband of almost 60 years, Wayne Herring of Elsberry; their four sons: Mark Herring of Elsberry, Matthew Herring and his wife, Brenda, of Union, MO, Paul Herring and his wife, Chris, of Cedar Falls, IA, and Adam Herring of Elsberry; and six grandchildren: Ellen Herring, Luke Herring, Madeline Herring, Kacie Herring, Joel Herring and Jacob Herring. She also leaves two brothers: David Henderson of Kirksville, MO, and Melvin Henderson and his wife, Anita, of St. James, MO; two sisters: Lauretta Smith of Wellsville, MO, and Janet Mabrey of Akron, OH; several nieces, nephews, other relatives and many friends. Visitation will be held from 4:00 – 8:00 p.m. Tuesday, August 3, 2021 at Carter-Ricks Funeral Home in Elsberry. Memorials may be made to Smith Chapel UMC or to the Lincoln County Extension Foundation in care of Carter-Ricks Funeral Home, 107 S. 5th Street; Elsberry, MO 63343. Online condolences may be made at www.carterricksfuneralhome.com.
Tuesday
3
August

Share Your Memory of
Arleen
Upload Your Memory View All Memories
Be the first to upload a memory!
Share A Memory
Send Flowers
Plant a Tree