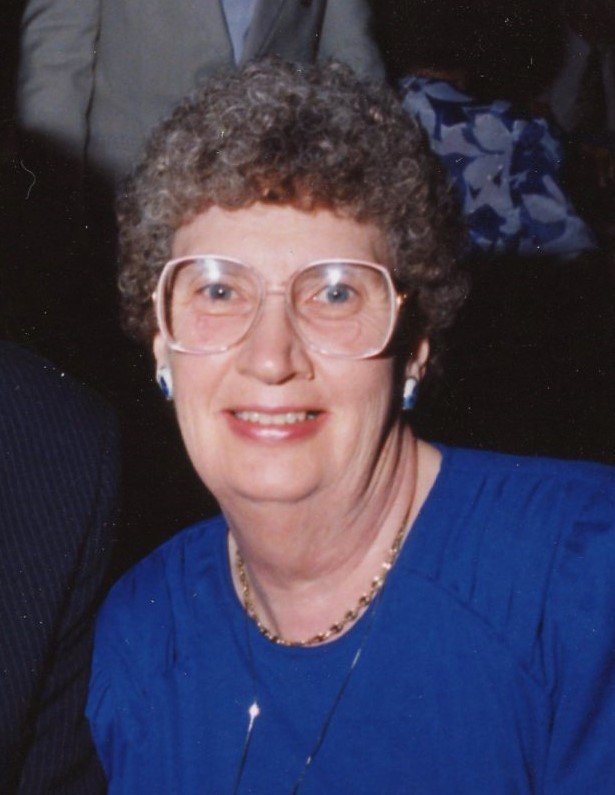 Please share a memory of Doris to include in a keepsake book for family and friends.
View Tribute Book
Funeral Services for Doris Imogene Rowland of Foley, MO, will be held at 2:00 p.m. Tuesday, August 3, 2021 at Foley Baptist Church in Foley. Rev. Will Steinbeck, church pastor, will officiate with burial in Asbury Cemetery near Foley. Serving as pallbearers will be Eric Rowland, Caleb Rowland, Ben Webb, Kaden Rowland, Melissa Webb and Amanda Merckling. Mrs. Rowland, 88, passed away early Saturday morning, July 31, 2021 at Silex Community Care in Silex, MO. Born December 13, 1932 in Bolivar, MO, she was the daughter of Chester and Versa Brown Gent. Doris is a graduate of Bolivar High School and earned her nursing degree from Missouri Baptist College in Springfield, MO. Doris was united in marriage on June 9, 1957 in Springfield to Roy Elvin Rowland. This union was blessed with four children: Diana, Mark, Barry and Larry. She was employed for many years as a surgical nurse at Missouri Baptist Hospital in St. Louis, MO, retiring in 1982. She later worked in several nursing homes in the St. Louis area. In her spare time, Doris enjoyed sewing, quilting, embroidering, gardening and bird watching. Doris and Roy enjoyed their many travels together. She was a member of Foley Baptist Church in Foley. She was preceded in death by her parents, Chester and Versa Gent; her twin brother, Donald Gent; two sisters: Snoda Smith and Alice Fowler; her son-in-law, Ion Merckling; one grandson, Robert Mark “Bobby” Rowland; and her beloved husband of 39 years, Roy Rowland on November 6, 1996. Survivors include one daughter, Diana Merckling of Silex; three sons: Mark Rowland and his wife, Pam, of Winfield, MO, Barry Rowland and his wife, Darlene, of Moscow Mills, MO, and Larry Rowland of Silex; eight grandchildren and ten great-grandchildren. Doris also leaves several in-laws, nieces, nephews, other relatives and many friends. Visitation will be held from 10:00 a.m. until time of the Funeral Service at 2:00 p.m. Tuesday, August 3, 2021 at Foley Baptist Church in Foley. Memorials may be made to the Alzheimer’s Association or to ALS in care of Carter-Ricks Funeral Home, 3838 East Highway 47, P.O. Box 253, Winfield, MO 63389. Online condolences may be made at www.carterricksfuneralhome.com.
Tuesday
3
August

Share Your Memory of
Doris
Upload Your Memory View All Memories
Be the first to upload a memory!
Share A Memory
Send Flowers
Plant a Tree