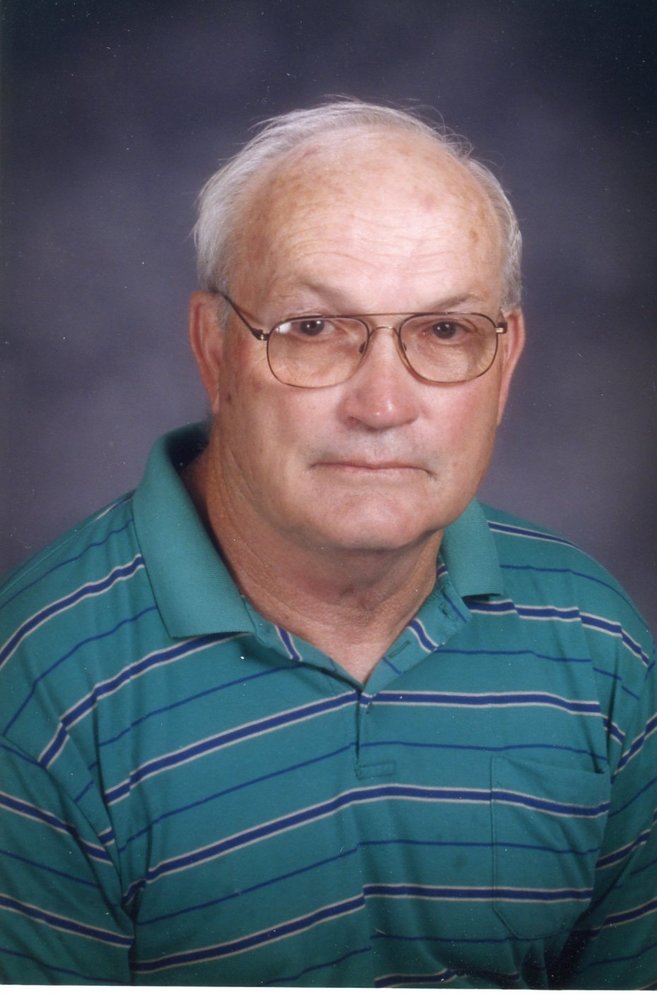 Please share a memory of Norvall to include in a keepsake book for family and friends.
View Tribute Book
Funeral Services for Norvall Edwin Hagemeier of Elsberry, MO will be held at 11:00 a.m. Monday, July 26, 2021 at the Elsberry First Christian Church. Rev. Kris Hagemeier, church pastor, will officiate with burial in the Elsberry City Cemetery near Elsberry. Serving as pallbearers will be Robert Hagemeier, Matthew Hagemeier, Scott Hagemeier, Kevin Hagemeier, Kris Hagemeier, Todd Hagemeier and Steven Hagemeier. Mr. Hagemeier, 85, passed away early Thursday morning, July 22, 2021, at his home near Elsberry. Born October 12, 1935 in Glencoe, MO, he was the third of six sons born to Fred and Esther Queathem Hagemeier. Raised in Elsberry, Norvall was a 1953 graduate of Elsberry High School. He was united in marriage on November 3, 1962 in Elsberry to Roberta Lee Hensley. This union was blessed with five children: Marleen Ann, Robert Norvall, Matthew David, Julie Marie and Scott Andrew. Although Norvall worked on the family farm all his life, he worked at McDonnell-Douglas for a time; he was a carpenter for several years, working through the Carpenters Local #1875 in Winfield; he then worked as a fork-lift driver for Truss Built Homes which became Kaplan Lumber Co. from where he retired in 1996. After he “retired”, he worked as a janitor for the Cannon Elementary School. He was a member of the Teamsters Local #682 in St. Louis, MO. Norvall was a faithful member of the Elsberry First Christian Church where he served as a Deacon, Elder and was named Elder Emeritus. He was a former Church Board Chairman and longtime member of the Properties Committee. He was a member of the Odd Fellows Lodge, and served on the Clarence Cannon Watershed Board until 2020. Norvall was a friend to many. Although he worked away from home, he enjoyed farming crops, chickens, hogs and cattle. He also enjoyed serving his community by delivering Meals of Wheels. Norvall was preceded in death by his parents, Fred and Esther Hagemeier; and his five brothers: Lester Hagemeier, Marlin Hagemeier, Glenn Hagemeier, Lynn Hagemeier and Carl Hagemeier. Survivors include his beloved wife of 58 years, Roberta Hagemeier of Elsberry; their five children: Marleen Ann Frein and her husband, Steve, of Elsberry, Robert Norvall Hagemeier and his wife, Brenda, of Elsberry, Matthew David Hagemeier of Blue Springs, MO, Julie Marie Hagemeier of Troy, MO, and Scott Andrew Hagemeier of Elsberry; ten grandchildren: Ashley (Chris) Troesser, Amanda Hagemeier, Alicia Hagemeier, Angelete Frein, Maggie Norton, Marcie Norton, Michele Norton, Chris Frein, Nick Frein and Andrew Norton; and nine great-grandchildren: Lexy, Izzy, Tia, Nick, Jr, Trystin, Henry, Laura, Shawn and Aiden. He also leaves two sisters-in-law, Rosemary Hagemeier, of Lake St. Louis, MO, and Cheryl Turnbough and her husband, William, of Creve Couer, MO; several nieces, nephews, cousins, other relatives and friends. Visitation will be held from 5:00 – 7:00 p.m. Sunday, July 25, 2021 at the Elsberry First Christian Church. Memorials may be made to the Elsberry First Christian Church or Mercy Hospice in care of Carter-Ricks Funeral Home, 107 S. 5th Street; Elsberry, MO 63343. Online condolences may be made at www.carterricksfuneralhome.com.
Sunday
25
July

Share Your Memory of
Norvall
Upload Your Memory View All Memories
Be the first to upload a memory!
Share A Memory
Send Flowers
Plant a Tree