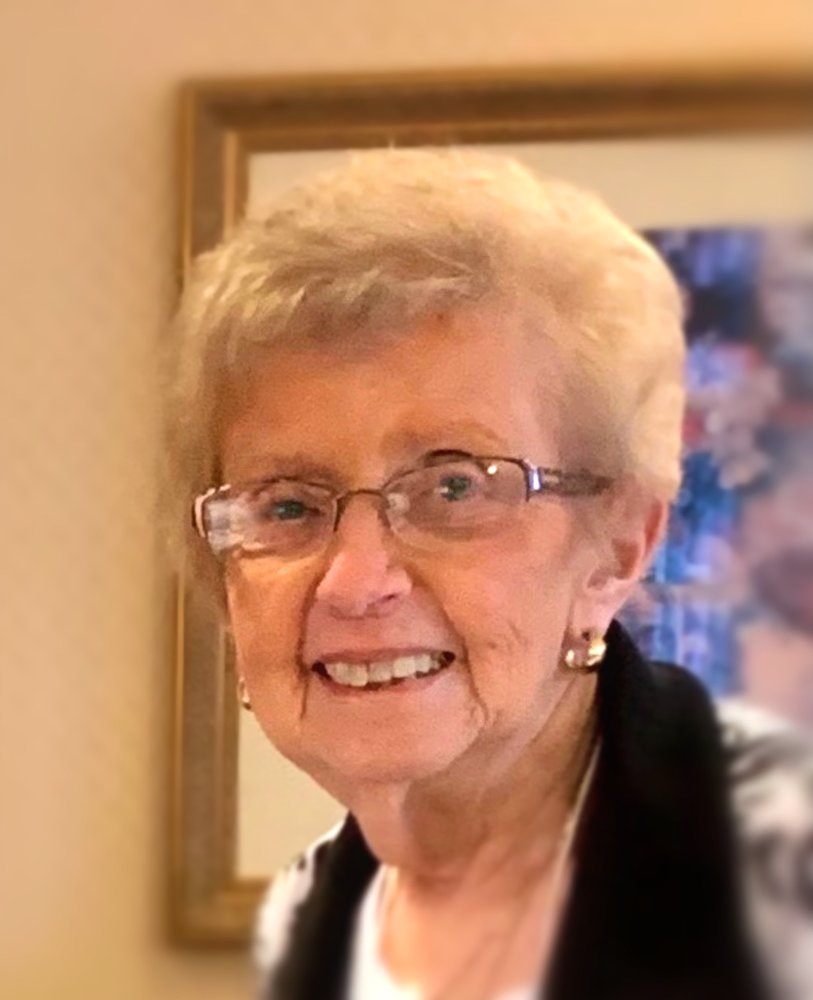 Please share a memory of Erleen to include in a keepsake book for family and friends.
View Tribute Book
Erleen Julia (Goos) Ostmann of Saint Charles, Missouri passed away Saturday, July 3, 2021 at the age of 90. Beloved wife of Robert Frederick Ostmann; cherished daughter of the late Edwin and Ida (Bothe) Goos; devoted mother of Julie (Daryl) Rhodes and Carolyn (Eric) Token; loving grandmother of David (Courtney) and Stephanie Rhodes; Ryan (Emma), Allison, and Alex Token; and great grandfather of Cameron Rhodes. She was preceded in death by her infant son Paul Robert Ostmann. Erleen was born November 3, 1930 in Old Monroe, MO. She grew up in Old Monroe and cherished her Lincoln County roots. She was confirmed at St. Paul United Church of Christ in Old Monroe in 1944. She became the church organist at St. Paul at age 14 and continued until her retirement in 1982. She married Robert Frederick Ostmann on October 13, 1957 at St. Paul United Church of Christ in Old Monroe, MO and they made their home in St. Charles. Robert and Erleen were blessed with over 62 years together. Erleen was a 1948 graduate of St. Charles High School. Following graduation, Erleen worked as a legal secretary in St. Charles for Judge Bernard Dyer and later for attorney Andrew McColloch. When she became a mother, she retired and became a full-time homemaker. She was a Girl Scout leader and was very active in the Blackhurst Elementary PTA. She was the kindest of souls, always putting others before herself, and will be so greatly missed. We take comfort that she and Robert are reunited for eternity. Visitation will be held from 4:00 – 8:00 p.m. on Tuesday, July 6, 2021 at Carter-Ricks Funeral Home in Winfield, MO, and Wednesday, July 7, 2021 from 10:00 a.m. until time of the Funeral Service at 11:00 a.m. at St. Paul United Church of Christ, 903 Meier Road, Old Monroe, MO 63369. Burial will be in St. Paul United Church of Christ Cemetery in Old Monroe. Memorials may be made to St. Paul United Church of Christ in care of Carter-Ricks Funeral Home, 3838 East Highway 47, P.O. Box 253, Winfield, MO 63389. Online condolences may be made at www.carterricksfuneralhome.com.
Tuesday
6
July

Share Your Memory of
Erleen
Upload Your Memory View All Memories
Be the first to upload a memory!
Share A Memory
Send Flowers
Plant a Tree