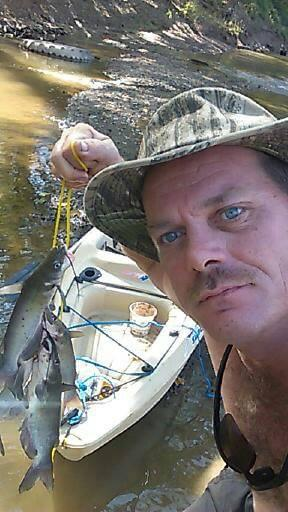 Please share a memory of Robert to include in a keepsake book for family and friends.
View Tribute Book
Graveside Services for Robert Lee “Robby” Norris of Wentzville, MO will be held at 2:00 p.m. Friday, June 11, 2021 at New Liberty Cemetery near Corso, MO. J. Larry Carter of Carter-Ricks Funeral Homes will officiate. Mr. Norris, 48, passed away Wednesday, June 2, 2021 in Wentzville. Born August 12, 1972 in St. Charles, MO, he was the son of Donald Lee and Myrtle Ann Oglesby Norris. Robby was a 1990 graduate of Elsberry High School in Elsberry, MO. He worked in residential construction for many years. He was preceded in death by his parents, Donald and Myrtle Norris; one brother, Dan Norris in 1990; and one sister-in-law, Rebecca Tannehill. Survivors include three brothers: Don Norris, Jr. of Florissant, MO, Mark Tannehill of Winfield, MO, and Gerald Tannehill, Jr. and his wife, Kathy, of Troy, MO; three sisters: Bonnie Mueller and her husband, Larry, of Byrnes Mills, MO, Sue Tucker and her husband, Fred, of Elsberry, and Faith “Punky” Burgess and her companion, Bill Thompson, of Winfield; several nieces and nephews, other relatives and friends. He also leaves a biological daughter, Alexis Langford, who was adopted by another family, and her daughter, Sophie, and they have recently reconnected with Robby. Memorials may be made to the Family of Robert Lee Norris in care of Carter-Ricks Funeral Home, 3838 East Highway 47, P.O. Box 253, Winfield, MO 63389. Online condolences may be made at www.carterricksfuneralhome.com.
Friday
11
June