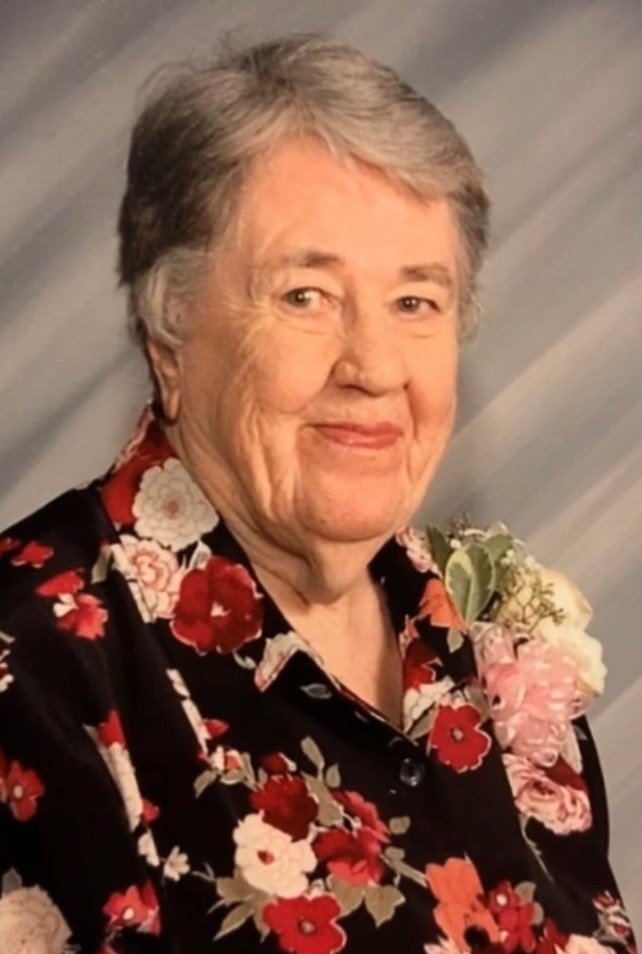 Please share a memory of Lorraine to include in a keepsake book for family and friends.
View Tribute Book
Graveside Services for Lorraine Taylor Bemis of Kirkwood, MO will be held at 1:00 p.m. Monday, May 24, 2021 at the Elsberry City Cemetery near Elsberry, MO. J. Larry Carter of Carter-Ricks Funeral Home will officiate. Mrs. Bemis, 99, passed away Thursday night, May 20, 2021 at Missouri Baptist Hospital in St. Louis, MO. Born November 8, 1921 in Kenosha, WI, she was the daughter of Howard O. and Mary Jackson Taylor. Lorraine was a 1939 graduate of Kenosha High School. She was united in marriage to Charles Moody Bemis on January 31, 1943 in Kenosha, WI. This union was blessed with four daughters: Linda, Julie, Janet and Carla. Lorraine was a loving homemaker and member of Webster United Methodist Church. Lorraine was preceded in death by her parents, Howard and Mary Taylor; two brothers: Warren J. Taylor and Howard Wendell Taylor; and her beloved husband, Charles Bemis, who died December 27, 2003. Survivors include her daughters: Linda Hofman of Tillamook, OR, Julie Bemis of Kirkwood, Janet Suddarth of Elsberry and Carla Bemis of Kirkwood. Lorraine also leaves two grandchildren: Lauren Grace Holland and her husband, Bronson, and Krystal Hope Suddarth, all of Elsberry; three great-grandchildren: Mason, Alexis and Cru Holland; several other relatives and friends. Memorials may be made to St. Jude Children’s Hospital in care of Carter-Ricks Funeral Home, 107 S. 5th Street; Elsberry, MO 63343.
Monday
24
May

Share Your Memory of
Lorraine
Upload Your Memory View All Memories
Be the first to upload a memory!
Share A Memory
Send Flowers
Plant a Tree