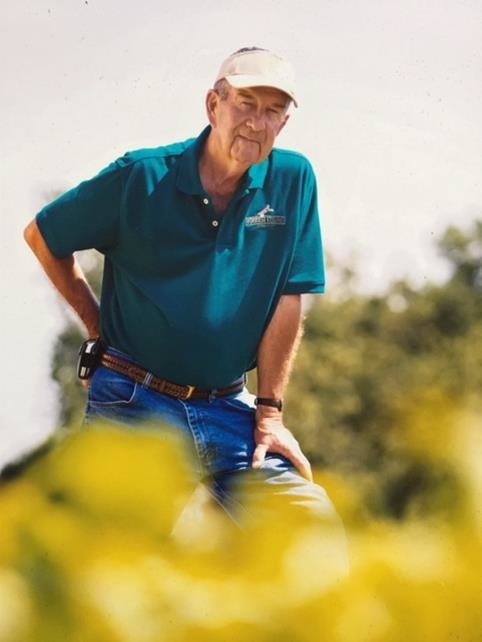 Bob was born on January 29, 1939 in St. Charles, MO, the son of Robert and Helen Marie Burkamp Suddarth.  Bob was a graduate of Elsberry High School in Elsberry.  He attended the University of Missouri – Mizzou in Columbia, MO before returning to Elsberry to work at Forrest Keeling Nursery.  Bob worked as a production manager for Forrest Keeling Nursery for many years, retiring in 2017.

Bob joined the United States Navy in 1957 and proudly served his country until his honorable discharge in 1962, which included a tour of duty on Midway Island.

He enjoyed playing softball and baseball and was also an avid golfer.  Bob also loved taking hunting trips to Iowa with friends and family to hunt pheasant and quail.

Survivors include his beloved wife, Joan (Powelson) Suddarth of Elsberry; and his brother, Jerry Suddarth; step-sisters: Mollie Wells and Sherry Berry; many nieces and nephews; and friends.

Visitation will be held from 1:00 p.m. until the time of Memorial Services at 2:00 p.m. Sunday, November 3, 2019 at Carter-Ricks Funeral Home in Elsberry, officiated by Greg Pflaserer of the Elsberry First Baptist Church.  Memorials may be made to the Joseph R. Palmer Family Memorial Library in care of Carter-Ricks Funeral Home, 107 S. 5th Street; Elsberry, MO 63343.

Share Your Memory of
Robert
Upload Your Memory View All Memories
Be the first to upload a memory!
Share A Memory
Send Flowers