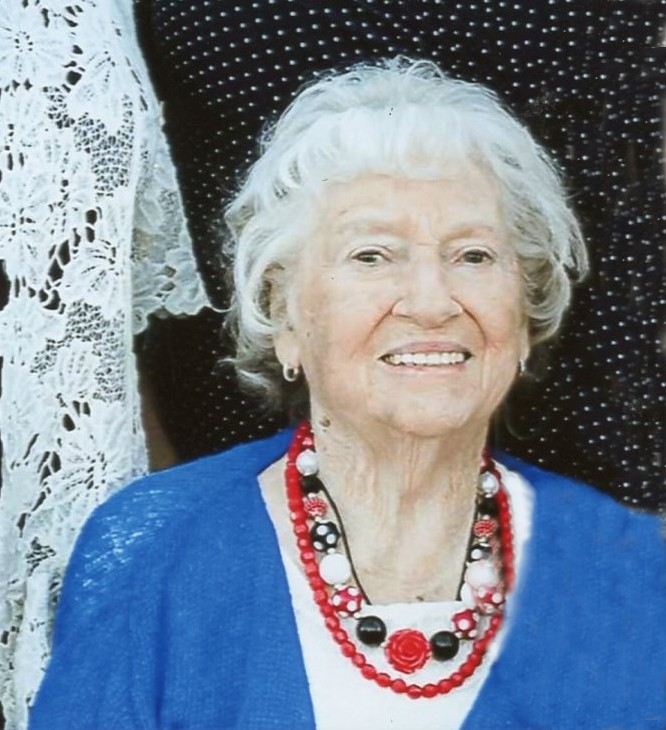 Obituary of Barbara May Franke

Mrs. Franke, 92, passed away Sunday evening, September 15, 2019 at her home in Troy.  Born May 21, 1927 in Alton, IL, she was the daughter of Claude Keeling and Emma Reva Holmes.  Barbie, as she loved to be known as, was united in marriage on December 9, 1944 in Old Monroe, MO to Paul August Franke.  This union was blessed with four children: Claudia, Deborah, Nathan and Paula.  She worked as a file clerk for Drug Package for many years.  Because family was her life, Barbie’s most important job was being a mother and grandmother.  She was the “Queen Bee” of the Family Red Hat Club.  Barbie loved to read and write stories.  Her passion was camping, traveling and painting crafts.

After receiving her GED, Barbie went on to take photography classes as part of her love for photography, even creating her own dark room.  Barbie was close to the Lord and attended Foley Baptist Church in Foley, MO when her health allowed.  She loved to watch her favorite TV shows: “Alaskan Bush People” and “Star Trek;” even graduating from “Starfleet Academy.”  Barbie’s favorite quote was “Live Long And Prosper,” and she did it, so very gracefully.

She was preceded in death by her parents, Claude and Emma Holmes; her siblings: James, Naomi (Doc), Freddy (Shirley), Billy, Mike (Sharon), Gene and Paul; two sons-in-law:  Rick Reed and Donald Kimberly; and her beloved husband of nearly 63 years, Paul Franke, who died on August 13, 2007.

Share Your Memory of
Barbara
Upload Your Memory View All Memories
Be the first to upload a memory!
Share A Memory
Send Flowers