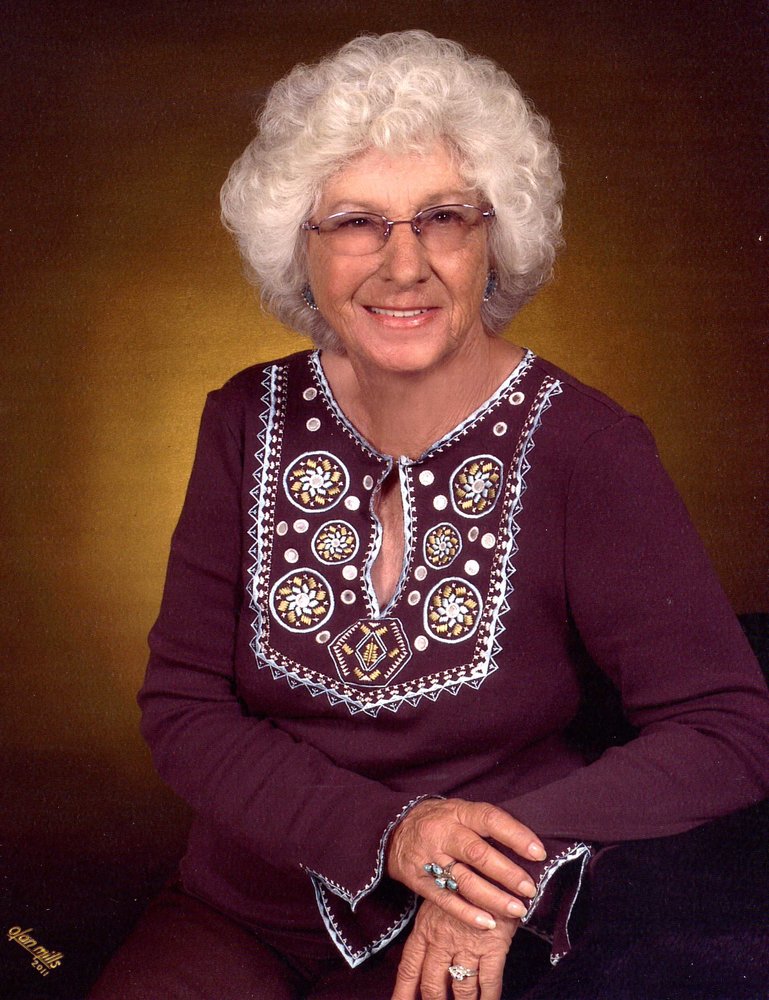 Mrs. Wheadon, 82, passed away Thursday morning, July 11, 2019 at the home of her daughter near Elsberry.  Born November 26, 1936 in Elsberry, she was the daughter of Roy and Betty Blankenship Collins.  A lifelong resident of Elsberry, Peggy was a 1954 graduate of Elsberry High School.  She was united in marriage on July 28, 1956 in Elsberry to Earl Wheadon, Jr.  This union was blessed with one daughter, Pamela.  Peggy worked for a number of years as a waitress at Whiteheads Restaurant in Elsberry and later as a clerk at Forrest Keeling Nursery near Elsberry.  She was a long-time member of the DOM Club in Elsberry, Tuesday Mediation, and the Monday Night Card Crew.  Peggy was affectionately called “The Pie Lady” by those who loved her Coconut Cream Pies.  She was a member of Star Hope Baptist Church near Elsberry.