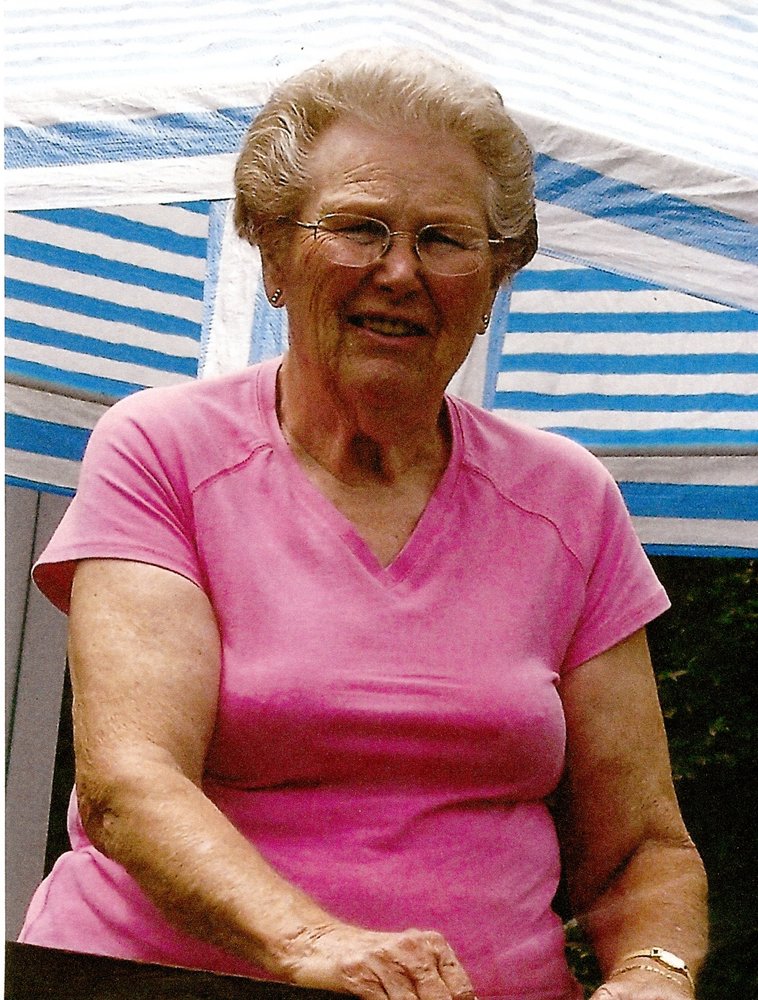 Born February 26, 1925 in Foley, she was the daughter of Samuel Jacob and Carrie Lee Moraty Mize. Berneta was a 1943 graduate of Elsberry High School.  She was united in marriage on June 10, 1944 in St. Louis, MO to Delmar Irvine Riffle.  This union was blessed with two children: James and Brenda.  She worked for several years in the office at MFA in Elsberry.  For most of her working career, Berneta was the Head Teller at the Bank of Lincoln County in Elsberry, retiring in 1991.

She was preceded in death by her parents, Samuel and Carrie Mize; one sister: Bernice Livesay; her son, James David Riffle on December 5, 1999; and her beloved husband of almost 56 years, Delmar Irvine Riffle, who died May 29, 2000.

Survivors include their daughter: Brenda Ross and her husband, David, of Foley; two grandsons: Luke Ross and his wife, Suzan, of Foley, and Josh Ross of Winfield; one great-grandson, Oliver Ross and a “soon-to-be-born” great-granddaughter, Charlotte Ross.  Berneta also leaves a special nephew, Ralph Livesay, several other nieces, nephews and many friends.

Share Your Memory of
Berneta
Upload Your Memory View All Memories
Be the first to upload a memory!
Share A Memory
Send Flowers