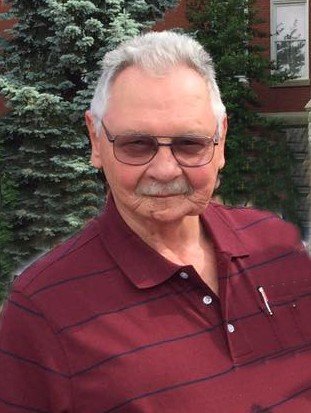 Mr. Rohrig, 77, passed away Sunday afternoon, September 2, 2018 at his home near Winfield.  Born May 6, 1941 in Cincinnati, OH, he was the son of Charles Leo and Hilda Chalk Rohrig.  He worked for many years as a plumber, first in Cincinnati through the Plumbers and Pipefitters Union, Local #392; then he worked in the St. Louis area through the Union Local #562.  Thomas was united in marriage on October 20, 1989 to Regina Mary Hall-Zorn.  He was a member of Sacred Heart Catholic Church in Troy.  He was very fond of his furry companion, Cruiser, and enjoyed raising cattle and horses.  He especially enjoyed dining out and spending time with his family.

He was preceded in death by his parents, Charles and Hilda Rohrig; two sisters:  Catherine Keith and Donna Rohrig; and three grandchildren.

Visitation will be held from 11:00 a.m. until the time of Funeral Services at 2:00 p.m. Saturday, September 8, 2018 at Carter-Ricks Funeral Home in Winfield.  Memorials may be made to CHAMPS in care of Carter-Ricks Funeral Home, 3838 East Highway 47, P.O. Box 253, Winfield, MO 63389.  Online condolences may be made at www.carterricksfuneralhome.com.

Share Your Memory of
Thomas
Upload Your Memory View All Memories
Be the first to upload a memory!
Share A Memory
Send Flowers