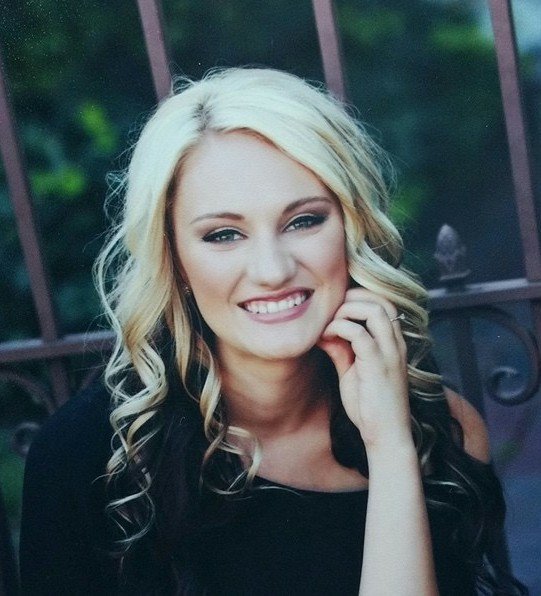 Ms. Wilder, 19, passed away Saturday afternoon, July 15, 2017 the result of a one-car accident on Highway EE near Winfield.  Born September 11, 1997 in St. Peters, MO, she was the daughter of Steven Michael and Shanna Lynn Shipley Wilder.  A 2016 graduate of Winfield High School, Sierra served on the Student Council for four years; was a member of the National Honor Society and the Principal’s Advisory Committee; and was a 4-year member of both the Fall and Winter Cheerleading teams and served as Captain of both teams her Senior year.  An accomplished dancer, she trained at Aim High Elite in Troy.  Ready to start her sophomore year, Sierra was on the Dean’s List at Lindenwood University in St. Charles, MO, where she was a member of the Delta Zeta Sorority.

Survivors include her parents, Steve and Shanna Wilder; one sister, Sage Lynn Wilder; and one brother, Seth Michael Wilder, all of Foley.  Sierra also leaves her maternal grandparents, Gary and Karen Walcott of Winfield; her paternal grandparents, Mike and Barbara Wilder of Winfield and Patricia Blei of Salem, MO; her great-grandfather, Harold Wilder of Winfield; her great-grandmother, Vera Propst of Salem, MO; and several aunts, uncles, cousins, other relatives and many, many friends.

Visitation will be held from 4:00 - 8:00 p.m. Friday, July 21, 2017 at the Winfield Middle School Gymnasium in Winfield.  Memorials may be made to Family of Sierra Wilder in care of Carter-Ricks Funeral Home, 3838 East Highway 47, P.O. Box 253, Winfield, MO 63389.  Online condolences may be made at www.carterricksfuneralhome.com.

Share Your Memory of
Sierra
Upload Your Memory View All Memories
Be the first to upload a memory!
Share A Memory
Send Flowers