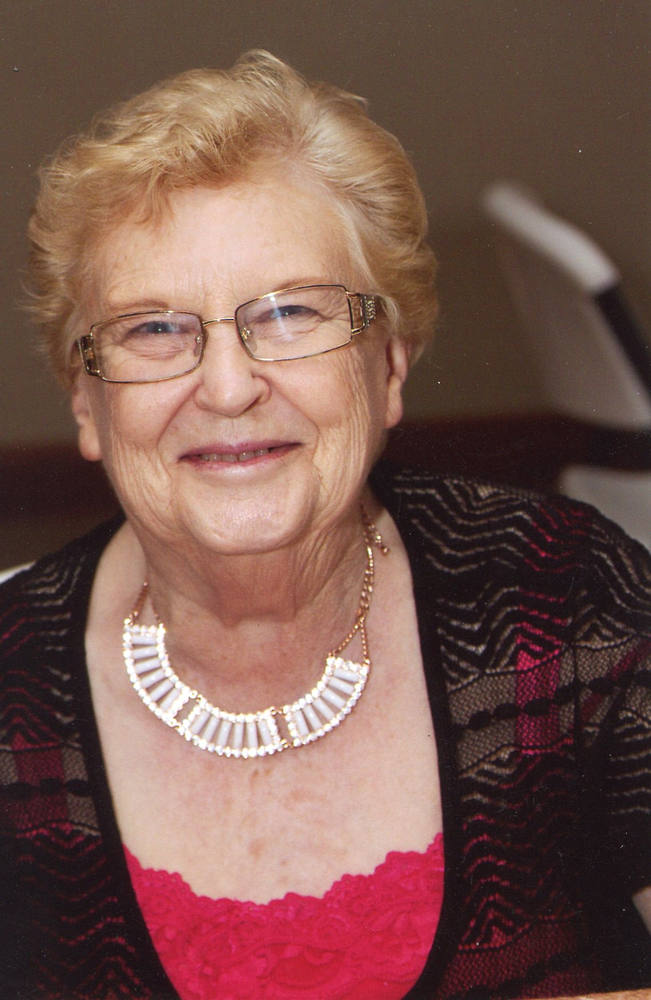 Please share a memory of Thelma to include in a keepsake book for family and friends.
View Tribute Book
Funeral Services for Thelma Darline Rhoades of Elsberry, MO will be held at 10:00 a.m. Friday, May 14, 2021 at Carter-Ricks Funeral Home in Elsberry. Rev. Sammy Lorton, pastor of Whiteside Holiness Church in Whiteside, MO, will officiate with burial in Old Alexandria Cemetery near Troy, MO. Serving as pallbearers will be Jimmy Rhoades, Callie Rhoades-Brooks, Matthew Rhoades, Mindy Rhoades, Erin Boedeker-Loesing, Katelyn Boedeker, Ben Rhoades and Jimmy Willson. Mrs. Rhoades, 84, passed away Sunday, May 9, 2021 at her home near Elsberry. Born December 12, 1936 in Troy, she was the daughter of Callie and Thelma D’Arline Jefferson Teasley. Thelma was united in marriage on December 27, 1963 in Troy to Orville Fletcher Rhoades. Their home was blessed with three children: Lori, Greg and Mark. Thelma worked as a bakery clerk at Walmart for 20 years, but most importantly was a loving homemaker. Thelma was preceded in death by her parents, Callie and Darline Teasley; two sisters: Betty Turnbull and Barbara Momphard; one brother, Gary Teasley; and her beloved husband of 29 years, Orville Rhoades, who died on December 8, 1992. Survivors include her children: Lori Boedeker and her husband, Tom, Greg Rhoades and his wife, Michele, and Mark Rhoades and his wife, Carrie, all of Elsberry; eight grandchildren and four great-grandchildren. Thelma also leaves many nieces, nephews, other relatives and friends. Visitation will be held from 4:00 - 8:00 p.m. Thursday, May 13, 2021 at Carter-Ricks Funeral Home in Elsberry. Memorials may be made to the Charity of the Donor’s Choice in care of Carter-Ricks Funeral Home, 107 S. 5th Street; Elsberry, MO 63343.
Thursday
13
May

Share Your Memory of
Thelma
Upload Your Memory View All Memories
Be the first to upload a memory!
Share A Memory
Send Flowers
Plant a Tree