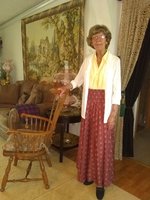 A private graveside family burial for Drusilla Eileen Gentry of Elsberry, MO will be in the Elsberry City Cemetery. A memorial event may be held at a later date. Mrs. Gentry, 95, passed away Saturday afternoon, April 3, 2021 at her home. Born February 14, 1926 in University City, MO, she was the daughter of James Daniel and Cora Ellen Self Smith. Drusilla was united in marriage on February 2, 1974 in Elsberry to Ira Moebius Gentry. She worked as a teller for Manchester Bank, retiring in 1977 after 30 years of service. Drusilla was a longtime member of New Hope Baptist Church near Elsberry. Living a very active life, Drusilla bowled until the age of 90. Drusilla was preceded in death by her parents, James and Cora Smith; three sisters: Evelyn Marie Billingsly, Leora Fern and Cora Lorraine Reskevich; one niece, Peggy Thuneman; and her beloved husband of 34 years, Moebius Gentry, who died on February 14, 2008. Survivors include her children: Tim Marshall and his wife, Chrissy, of Elsberry and Barbara Brickey of Largo, FL; six grandchildren: Chris Hong of Texas, Joey Hong of Florida, Angel Brickey of Florida, Valeria Killian and her husband, Dave, of Elsberry, Alonzo Marshall and his wife, Courtney, of O’Fallon, MO and Ada Ewen and her husband, Cole, of Elsberry; fifteen great-grandchildren and five great, great-grandchildren. Drusilla also leaves her loving nieces and nephews: Craig Thuneman, Curt Thuneman, Cassandra Thuneman, Chris Thuneman, Paul Thuneman, Dean Reskevich, Drucilla Reskevich Shoemaker and Martin Huckstep; other relatives and friends. In lieu of flowers or gifts, the family would like all those who cared for Dru to commit an act of love to your neighbor or community, whether it be monetary or physical.